The Doomsday Scenario: What if School Walkouts Don’t Work? 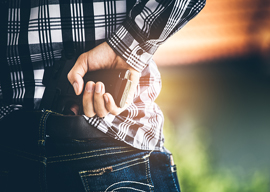 The New York Times seemed to think it was bitterly ironic that some of the students at Santa Fe High School, site of the recent mass shooting, had staged a walkout last month in support of the Parkland, Florida, students. But now, only a month later, one of the students who participated in the walkout is in the hospital from yet another school shooting.

I suppose we could revel in the irony, but, as a more results-oriented person, what I take from that vignette is that school walkouts are not effective deterrents to school shootings. I’m not sure the poems did much either.

These are hideous events that require serious proposals, not the self-indulgent mawkishness our media keep serving up.

Here are some news items that might help us figure out how to reduce the number of school shooting victims.

—May 3, 2017, Arlington, Texas: James Jones went to the Zona Caliente sports bar and began yelling incoherently. When the manager, Cesar Perez, went to talk to him and calm him down, Jones pulled out a gun and shot Perez dead, then started shooting wildly at patrons. Luckily, a concealed carry holder happened to be having dinner at Zona Caliente with his wife that night. He shot Jones dead before anyone else was hurt.

“But if the full arsenal of liberal disapprobation doesn’t stop schizophrenics from going on shooting sprees, concealed carry laws will at least save a lot of lives.”

—Aug. 7, 2016, Linndale, Ohio: Two men getting into their car in a Dollar Store parking lot were held up by a masked armed robber. As the gunman, Varshaun Stephen Dukes, was rifling through one of the men’s pockets, the other pulled out his concealed handgun and told him to stop. The robber fired at the man but missed. The concealed carry permit holder shot back, putting a .45 bullet in the robber’s brain. (Naturally, he survived.) All of this was captured on the Dollar Store’s surveillance camera, so no charges were brought against the armed citizen.

—June 26, 2016, Lyman, South Carolina: Jody Ray Thompson opened fire in the crowded Playoffz nightclub, injuring three. But before he could kill anyone, he was shot in the leg by a club patron with a concealed carry license. Police arrested Thompson without further incident and no one died.

—May 31, 2015, Conyers, Georgia: After arguing with a liquor store clerk, Jeffrey Scott Pitts returned with a gun and began shooting at everyone in the store, killing two. Todd Scott, who was there to buy a six-pack, returned fire. The crazed gunman fled, went home and shot his parents. “He was very surprised that he was not the only one in the store with a gun,” Scott said. Apart from the two people killed in Pitts’ opening barrage, no one died. Scott saved the lives of everyone else in that store.

—July 24, 2014, Darby, Pennsylvania: Felon and psychiatric patient Richard Plotts pulled out a gun at Mercy Fitzgerald Hospital, murdered his caseworker and wounded his psychiatrist, Dr. Lee Silverman. He would have kept shooting—Plotts had 39 more bullets—but the doctor pulled out his own gun and fired back, in violation of the hospital’s no-guns rule. No one else died.

—Jan. 11, 2014, Portland, Oregon: After being turned away from a strip club in Portland, repeat felon Thomas Elliott Hjelmeland came back, wearing a clown mask, guns blazing. He hit a waitress, a security guard and a patron before a bouncer, concealed carry permit holder Jonathan Baer, returned fire and ended the attack. No one died.

—Dec. 16, 2012, San Antonio, Texas: Jesus Manuel Garcia began shooting at the Santikos Mayan Palace movie theater from a nearby restaurant and continued shooting as he walked toward the theater. An armed off-duty cop shot Garcia four times, stopping the attack. No one died.

—March 25, 2018, Boiling Springs, South Carolina: Jesse Gates kicked in a side door of the Southside Freewill Baptist Church during services, raised his gun to shoot—but was grabbed and held at gunpoint by the reverend’s grandson, a concealed carry permit holder. No one was hurt. Spartanburg County Sheriff Chuck Wright said, “I like the fact that a concealed weapons permit holder was prepared to protect the worshipers.”