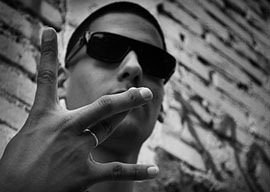 Countless self-described “Dreamers” were rudely awakened on December 18th when the US Senate failed to reach the 60 votes necessary to proceed with the DREAM (Development, Relief, and Education for Alien Minors) Act, a bill which in various forms has been trying to squeeze itself through Congress for nearly a decade.

In what could be dubbed “soft amnesty,” the DREAM Act would enable illegal aliens between 12 and 30 to apply for US citizenship so long as they”ve been in the States for at least five years and had been brought here by others when they were 15 or younger. They must be of “good moral character” and have a GED or a high-school diploma. They must agree to either serve in the US military or attend college for at least two years. Upon completing either of those conditions, they could become US citizens six years after initially applying. Six years after that, they could begin sponsoring immediate family members for citizenship, who, in turn, could conceivably begin sponsoring all of La Raza.

DREAM Act supporters tend to rely on schmaltzy tugs at your heartstrings. They say that only bigoted Nazi assholes would choose to punish “the kids,” especially ones who came here through no fault of their own. They say that the estimated one or two million aliens who could qualify under this bill represent the “best and brightest,” the “most talented and driven,” America’s “future professionals” who will “make this a better place” and compete against scientists in China and India, and that one of them may even become a doctor and save your life one day. Dreamers assert that Republicans blocked the bill right before Christmas just to be mean and that Jesus would have voted for it.

In the past few days while researching this article, I have seen more images of anxious Hispanics wearing graduation caps and gowns than I”ve seen collectively in my life. I”ve also seen more snapshots of Mexicans waving American flags than I”d ever thought possible. For the first time in memory, I”ve watched videos wherein Mexican immigrants say they primarily identify as Americans and that the only difference between them and other Americans is a silly little piece of paper. “They are American in every sense except their technical legal status,” DREAM Act sponsor Dick Durbin tried to assure us.

Amid stories of all the ultimately fruitless hunger strikes and sit-ins and prayer vigils, I read again and again and again (and again) of how illegal aliens live “in the shadows.” A Huffington Post contributor urged Dreamers to keep Dreaming, predicting that “Just as blacks and women and gays are now equal in the U.S., so too will undocumented immigrants be able to come out of the shadows.” Dick Durbin bemoaned the fact that untold thousands of kids “live in the shadows and dream of greatness.” Barack Obama said the DREAM Act’s failure was “maybe my biggest disappointment” as president and expressed empathy for youngsters forced to live “under this shadow of fear.”

“That’s the thing about the Americas”if you go back far enough, there are no true “natives,” only waves of immigrants who often wound up extinguishing one another.”

We were repeatedly reminded that it’s immoral and irrational to blame children for the sins of their parents.

These days, anyone who so much as questions unchecked illegal immigration from Mexico is immediately scolded with the following pair of admonitions:

1) We are, and always will be, a nation of immigrants, so shut up.
2) The white man stole this land from the Native Americans, anyway, so shut up.

Yes, we”ve always been a nation of immigrants”but that includes the Paleo-Siberians who crossed the Bering Strait anywhere between twelve and fifty thousand years ago as well as the European-derived Solutreans who may or may not have crossed the frozen Atlantic into North America fifteen to twenty thousand years ago. One of the oldest skulls ever found in the Americas had Caucasian features and was discovered, of all places, near what is now Mexico City.

That’s the thing about the Americas”if you go back far enough, there are no true “natives,” only waves of immigrants who often wound up extinguishing one another.

But there’s no equating the recent unchecked tsunami from Mexico with previous immigration waves. We”re talking apples and avocados here.

A crucial difference is that prior immigrants to the USA seemed to genuinely want to become “Americans.” In contrast, studies of fourth-generation Mexican-Americans in San Antonio and Los Angeles revealed that a majority of them still identified mainly as Mexican. A 2002 Pew Hispanic Center survey revealed that among naturalized American citizens of Mexican descent, only 18 percent saw themselves as primarily Americans, while 80 percent still viewed themselves as Mexican or Latino. A study by Duke University found that of all American immigrant groups, only Salvadorans assimilated slower than Mexicans. The book Generations of Exclusion revealed that rather than assimilating, third- and fourth-generation adult Mexicans lived in more segregated neighborhoods than they did as youths.