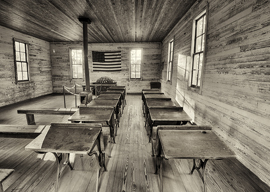 It is easy for leftist intellectuals to condescend to President Trump; the man says he does not read books, and as we all know, he can be pretty crude besides. How amusing it is, then, to see him consistently evince a better understanding of the difficult problems we face than our perpetually querulous utopians do.

On Sunday President Trump tweeted: “Mexico is doing very little, if not NOTHING, at stopping people from flowing into Mexico through their Southern Border, and then into the U.S. They laugh at our dumb immigration laws. They must stop the big drug and people flows, or I will stop their cash cow, NAFTA. NEED WALL!”

Many people believe Twitter is not the proper medium for expressing these sentiments, while others approve of it because it enables the president to have a direct influence on the public. In any case, that Mexico warrants a stern message is undeniable. We spend billions every year on illegal immigration; that is, on persons who drive down wages even as they contribute nothing to the welfare state from which they derive a great deal. (Studies estimate that 50 to 60 percent of illegal immigrants receive entitlements.) Not to mention the many crimes—drug-related and otherwise—that result from such illegal entry.

On Tuesday President Trump tweeted: “The big Caravan of People from Honduras now coming across Mexico and heading to our ‘Weak Laws’ Border, had better be stopped before it gets there. Cash cow NAFTA is in play, as is foreign aid to Honduras and the countries that allow this to happen. Congress MUST ACT NOW!”

On the same day, CNN reported:

Migrants in the caravan began crossing into Mexico last Sunday. This year’s group—part of an annual event organized by a group called “Pueblo Sin Fronteras,” or People Without Borders—is the largest yet, numbering more than 1,000 people, according to organizers. A large number of participants are from Honduras, where organized crime fuels widespread violence and protesters recently took to the streets.

Those who make it to the United States rarely succeed in winning asylum. But their cases can take years to make their way through the backlogged system.

We gave $128 million in aid to Honduras in 2016, the last year for which complete data is available, but since it continues to be exceedingly poor, violent, and corrupt, Hondurans unsurprisingly are in flight from that unhappy place.

“The unmanly self-loathing that characterizes education has to end.”

Yet it is 2018, not 1918, and the U.S. is not the same land of opportunity it once was. In my column “Immigration and the Tragic Sense of Life,” I noted the common human reluctance to face incompatible values: in this case, altruism toward foreigners on the one hand and an Americans-first approach to government on the other. With vast wealth, I have argued, there comes moral decadence, a sentimental condition in which many refuse to consider the unpalatable truth. The sufferings of foreigners move us to feel pity; our natural response is to want to help them. And help them we should—some of the time. The qualifier is necessary because, whether we recognize it or not, there are limits to what we can do for foreigners; after all, the United States is a country, not a charity.

Can the American education system produce enough men who are capable of cold and exacting judgments concerning matters that many people would prefer to ignore? Or shall America continue its grim decline, all blind pity and boundless resentment?

There can be no doubt, at any rate, that rectifying education is one of our most important tasks. Our good intentions do not by themselves guarantee a good outcome. Indeed, good intentions without good judgment are likely to make things much worse.

Men who see with unflinching eyes and make decisions accordingly are absolutely essential in regard to immigration. “According to the Office of the UN High Commissioner for Refugees,” writes David Goldman,

68 million people around the world are at risk of becoming refugees. The migration of a few million people has already turned the European Union inside out and motivated the election of an America-first presidency. What we have seen so far, though, is nothing compared to what is to come.

Fertility is declining in almost all the educated and prosperous parts of the world, notably including East Asia. But it remains extremely high in the least-educated parts of the world with the worst governance and the poorest growth prospects.

At constant fertility, the number of people aged 20 to 30 years will grow from 1.2 billion to almost 4 billion over the present century, and all of the growth will occur in Africa and South Asia (notably in Pakistan, where total fertility is 3.6 children per woman vs. 2.4 in India). Africa will be the main source of new young people.

Human history is a story of unforgiving competition, peoples striving to endure, most of them eventually dying out. We have entered a Malthusian era in which the virtue of charity has to be tempered by an acknowledgment of necessary limits.

There is a need, then, for our secondary schools and higher education to produce men who have the intelligence and—what is much more—the strength of will to deal with this tragic situation. For all his lack of learning and frequent vulgarity, our president, a blunt businessman from gritty Queens, New York, exemplifies these traits far more than most of our intellectuals. For most intellectuals come from the sort of “privileged” backgrounds that allow their weak characters to feel needless guilt and excessive pity—hindrances both to understanding and to effective action. Many have not suffered deeply, and therefore they not only fail to learn much from Experience—always the best teacher—they are given to a self-destructive idealism that readily spreads throughout the culture. As I put it a few weeks ago, we are all vehicles of ideas, which by their very nature spread imperceptibly and have an incalculable influence.

So what can our educators do to create real leaders, as opposed to the usual cowardly, moneygrubbing mediocrities?

To begin with, the unmanly self-loathing that characterizes education has to end. Our schools and universities have become like the believer who never stops dwelling on his sins: sick, sick unto death, and yet he would have his illness be our virtue. Students should learn that the brutal evils of American history—African-American slavery, the genocide of the native peoples—are not unique in character to these States. On the contrary, such violence and moral evil reflect the character of the natural world with which we are one and which, in a clear sense, we indeed are. These words are, of course, not meant to “excuse” our past; the point is that nothing is to be gained by constantly dwelling on its bad aspects.

We should also impart a hearty acceptance of competition and elitism, for how else can we keep up with the Chinese? “Every talent,” said Nietzsche, “must unfold itself in fighting.” The classical philologist was thinking of the Greek genius, whose manly vitality is an antithesis to our effete time. And yet, we can see that American youth do have a desire for accomplishment unapologetically pursued. Pindar, the ancient Greek poet, declares that he is “an eagle soaring sunward” while other poets “vainly croak like ravens” or “feed low like chattering crows.” Such exuberant pride finds a parallel in hip-hop culture, wherein men “battle” and “dis” one another with pleasure. Why is it that we hear rap everywhere we go these days, from Walgreens to the breaks at sporting events? What is the special appeal? It is that, like rock and roll, rap contains an unfettered masculine energy that is rather lacking in our enfeebled, professionalized culture. Just look at those poor souls, always so harried and exhausted, Monday through Friday during rush hour. What a horrid sight! I am reminded of the words of a great French poet: “All active men seem playthings of grotesque deliriums.”