The English Way of Cancer 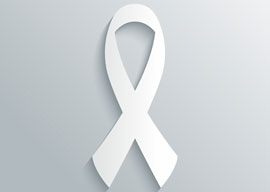 Is there a less useful word in the English language than “suddenly”?

I mean, doesn”t everything happen “suddenly,” depending on when you start your timer?

It’s like my doctor fretting about my possibly “precancerous cells.” My question””But aren”t they all, sort of?””didn”t get me out of the (particularly repulsing) test.

Speaking of cancer, MotÃ¶rhead’s Lemmy, then David Bowie and Alan Rickman, died “suddenly” this month. That is, we”d barely had time to digest news of their diagnosis (Lemmy) or, as far as the latter pair were concerned, we didn”t even know they were sick.

I”m not a metalhead, so the loud, long outpouring of grief for Lemmy startled me. (His funeral was live-streamed to hundreds of thousands.) Even though MotÃ¶rhead were the One Heavy Metal Band You Were Allowed to Like if You Were a Punk, I never made it past “Ace of Spades.” I knew Lemmy mostly from his coarse but strangely sensible advice videos; I was pleased to learn, postmortem, that he”d also been “a convinced Thatcherite” who was “addicted” to P.G. Wodehouse.

“David Bowie was okay, but I always preferred to fantasize about sitting on Alan Rickman’s lap while he read aloud from the Manhattan telephone directory.”

It seems I”m among the few whose life wasn”t “changed forever” by the sight of David Bowie on my (disapproving) parents” TV. (So many Bowie eulogies, however finely written, were more about the author than their subject.) Among the almost parodic “he was a chameleon” panegyrics, too few mentioned what always appealed to me far more than his music (and, especially, his really stupid lyrics. I mean, have you ever actually listened to “Modern Love“?) That is, Bowie’s ambitious, forward-looking experiments with finance and tech“erase his failures in those sectors and he’s practically an Ayn Rand character in drag. (Carl Wilson perceptively dubbed Bowie the hero not just of the misfits but of “the strivers,” too.)

(And how about that story Reason dug up about him playing at the Berlin Wall and hearing thousands of fans singing along from the East’s side? Or that now-viral old video of Bowie kneeling and reciting the Lord’s Prayer at the Freddie Mercury tribute concert? I doubt Wembley Stadium is that quiet when it’s empty…)

Anyhow, David Bowie was okay, but I always preferred to fantasize about sitting on Alan Rickman’s lap while he read aloud from the Manhattan telephone directory. Alas, Rickman’s politics were execrable, but, unlike so many celebrities, at least he wasn”t too noisy about them, his virulent play about St. Pancake aside.

Which brings me to the “Rule of Three“ that set me off. This recently deceased trio had two other things in common: They were Englishmen. And apparently none of them had felt obligated, upon diagnosis, to “raise awareness” about their disease in order to “help just one person.” No foundations were hurriedly incorporated, no well-advertised last interviews with Ellen or Oprah booked, no slogans coined or ribbons worn.

So I wondered: Was this understated approach to fatal illness evidence of British stoicism, that stereotypical disinclination to “make a fuss,” even when Germans are practically nuking your neighborhood? And wouldn”t it be wonderful if all this signaled (or inspired) a societal trend away from celebrity sickness sideshows (and their threadbare civilian imitations)?

All right, so two of these guys didn”t have the (remaining) time, but Bowie lasted 18 months. Surely long enough, had he been so inclined, to do the American thing”that is, to adopt cancer as an alternative revenue (and reputation) source, Ã  la Lance Armstrong.

(My theory, by the way, is that Armstrong never had cancer at all, whether he knew that or not. How likely is it, really, that any individual, however fit, could not only survive stage 3 cancer in his lungs, lymph nodes, and abdomen, but then go on to win a bunch of Tours de France?)