The Eternal Lure of Nationalism 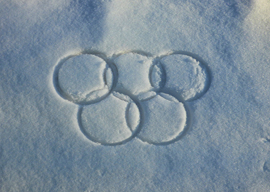 In a surprise overtime victory in the finals of the Olympic men’s hockey tournament, the Russians defeated Germany, 4-3.

One recalls the scene in “Casablanca,” where French patrons of Rick’s saloon stood and loudly sang the “La Marseillaise” to drown out the “Die Wacht am Rhein” being sung by a table of German officers.

When the combined North-South Korean Olympic team entered the stadium, Vice President Mike Pence remained seated and silent. But tens of thousands of Koreans stood and cheered the unified team.

America may provide a defensive shield for the South, but Koreans on both sides of the DMZ see themselves as one people. And, no fool, Kim Jong Un is exploiting the deep tribal ties he knows are there.

Watching the Russians defiantly belt out their anthem, one recalls also the 1968 summer Olympics in Mexico City where sprinters Tommie Smith and John Carlos stood on the podium, black gloved fists thrust skyward in a Black Power salute, asserting their separate racial identity.

Western elites may deplore the return of nationalism. But they had best not dismiss it, for assertions of national and tribal identity appear to be what the future is going to be all about.

“Does anyone think Angela Merkel looks like the future?”

Some attendees at the CPAC conclave this past week were appalled that Britain’s Nigel Farage and France’s Marion Le Pen were present.

But Farage was the man most responsible for Brexit, the historic British decision to leave the EU. Le Pen is perhaps the most popular figure in a National Front party that won 35 percent of the vote in the runoff election won by President Emmanuel Macron.

And the most unifying stand of the NF appears to be “Let France be France!” The French people do not want their country invaded by unassimilable millions of migrants from Africa and the Islamic world.

They want France to remain what she has been. Is this wrong?

Is preservation of a country, the national family one grew up in, not conservative?

Globalists may see the U.N., EU, NAFTA, TPP as stepping stones to a “universal nation” of all races, tribes, cultures and creeds. But growing numbers in every country, on every continent, reject this vision. And they are seeking to restore what their parents and grand-parents had, a nation-state that is all their own.

Nationalists like Farage, who seek to pull their countries out of socialist superstates like the EU, and peoples seeking to secede and set up new nations like Scotland, Catalonia, Corsica and Veneto today, and Quebec yesterday, are no more anti-conservative than the American patriots of Lexington and Concord who also wanted a country of their own.

Why are European peoples who wish to halt mass migration from across the Med, to preserve who and what they are, decried as racists?

Did not the peoples of African and Middle Eastern countries, half a century ago, expel the European settlers who helped to build those countries?

The Rhodesia of Spitfire pilot Ian Smith was a jewel of a nation of 250,000 whites and several million blacks that produced trade surpluses even when boycotted and sanctioned by a hating world.