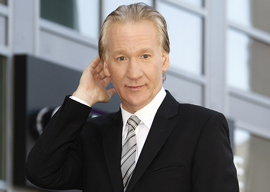 Not to fall prey to bitter emotion is easier said than avoided. And, far more often than I”d like, I become the inflamed possession of spite’s nefarious claw, particularly when reading and watching the media’s coverage of President Trump.

The recent fuss over Kathy Griffin’s depiction of a decapitated Trump was one such ireful movement. It’s unclear what inspired the ginger comedienne (I was unaware Griffin had adopted that designation for herself, as I”ve never heard anything remotely funny emit from her mouth) to create the gallows-inspired scene. I will say, though, that it was far more family-friendly to see than watching Griffin crack scrotum jokes with gay CNN host Anderson Cooper on New Year’s Eve.

For once, outrage over Griffin’s stunt was shared by the left and the right. The uproar reached such a fever pitch that Griffin lost some high-profile (and -paying) gigs. No more lurid jokes with Cooper at the year’s end. No more fund-raising fetes with fellow humorless comic and somehow-senator Al Franken. No more checks from hawking defecation devices.

As our would-be beheaded president would say, sad!

“We all have our moments of weakness, moments made more vulnerable with social media’s ability to provide an instant feeling of release.”

Griffin tried to save face by throwing herself to the wolves and begging for forgiveness. When that failed to save her future earning potential, she lashed out at the Trump family, claiming they ruined her life and that Donald himself “broke” her, like she had just undergone 36 straight hours of enhanced interrogation.

What Griffin lacks in comedic talent, she makes up for in dramatic flair. She crossed the line of propriety and paid the price. Huzzah, and good riddance to another uppity liberal, right? That was my gut reaction, anyway.

But then HBO’s caustic progressive host Bill Maher came to the rescue by upping the ante in offensiveness. In an interview with Nebraska senator Ben Sasse, Maher managed to offend the most prized constituency of the progressive: blacks. When Sasse asked Maher to leave the Big Apple lights and experience the mundane life of Middle America by trying his hand in the fields, Maher joked, “Work in the fields? Senator, I”m a house nigger.”

Conservatives once again cried foul and demanded Maher’s head. Liberals joined the chorus of terminus, and it’s unclear whether HBO will keep the wisecracking Maher around.

Should Maher fall to the impassioned mob, his snobbish hatred of white rural Republican voters won”t be missed. But it would be witless to pop bubbly over another leftist finding himself on the losing end of liberal language-policing.

First of all, Maher’s comment was funny. It was a sassy self-admittance of laziness uttered with good comedic timing. People who bristle like beach reed at white people evoking the most precious possession of American blacks”the ability to say “nigger” or “nigga” unapologetically”have the emotional fortitude of a sheet of one-ply.

More important, the lynch mob that generates from any and every uncouth comment spread virally online is getting tired. Every week we”re presented with someone, either a celebrity or a person of little note, who makes an outrage-inducing gaffe. Not longer after, the call for a summary firing goes out. The target, often after a pathetic public display of contrition, loses their position, and the feeding frenzy turns to another offender.

It’s all quite disorienting, the speed of persecution and punishment. The rapid pace makes you forget about the losses involved with public campaigns of traducement. Losing one’s situation is no light matter, especially at a time of excess economic anxiety.

It’s easy to lose sight of the material and psychological effects of job loss when a new rage pops up before the last one can fully slink away into the dark corner of shame. For folks like Griffin and Maher, they”re moneyed enough where a lull in employment will have no great impact on their standard of living. But for a middle-class schlub reported for making an off-color remark on Facebook? Well, his life could be totally upended by having to go without a paycheck or two.

I think back on the story of Justine Sacco, an unassuming 30-year-old PR professional who drew the wrath of the internet by tweeting an AIDS joke in 2013. En route to Cape Town, she tweeted, “Going to Africa. Hope I don”t get AIDS. Just kidding. I”m white!”

But once enough people on the internet got wind of her remark, the gears of the mob machine started turning until they reached a speed impossible to stop. In the course of her eleven-hour flight, Sacco went from a nobody to the most hated person in the world. She lost her job, and was only able to revive her career years later.