The Flight From White 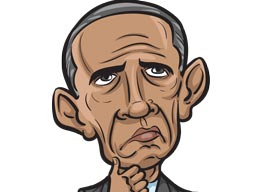 As you may have noticed, the more denunciations we hear of Cisgender Straight White Male Privilege, the more the evidence mounts that, all else being equal, the rewards in 2015 tend to lie on the other side.

If you want to know which side is more powerful at present, just observe who is wielding the rhetorical whip hand. It’s human nature to fear, respect, and even admire those with the power to harm you. Hence, it’s popular to side with the strong to denounce the weak. As Mencius Moldbug observed in 2013:

The logic of the witch hunter is simple…. The first requirement is to invert the reality of power…. In a country where anyone who speaks out against the witches is soon found dangling by his heels from an oak at midnight with his head shrunk to the size of a baseball, we won’t see a lot of witch-hunting and we know there’s a serious witch problem. In a country where witch-hunting is a stable and lucrative career, and also an amateur pastime enjoyed by millions of hobbyists on the weekend, we know there are no real witches worth a damn.

Of course, the more our society obsesses over the Looming Witch Menace, the more absurd becomes the daily news, and the harder it is to refrain from breaking out laughing. Perhaps June 2015 will go down in history as the month the reigning pieties jumped the shark.

For example, white male has-been Bruce Jenner is now superstarette Caitlyn Jenner, a Good Witch in the war upon male dignity, whose courage is lauded by both the president and millions of Kardashian fans.

And don”t you dare act as if Jenner having threatened to unman himself on the E! network might be a little funny. Clint Eastwood, for example, made the slightest verbal gesture that he found something amusing about it all (“Caitlyn somebody“) and had his heresy censored by the Spike network.

Shortly after Jenner’s transubstantiation, we learned that a social-justice warriorette named Rachel Dolezal had moved to the big city of Spokane, Wash., tanned her skin, permed her hair, and built herself a nice little career as a black activist witch-hunting white racists. And when there weren”t enough white witches to be found, she would (apparently) gin up a few of the usual Hate Crime Hoaxes. Life was good, until her mother and father pointed out to the press that they were white.

“Perhaps June 2015 will go down in history as the month the reigning pieties jumped the shark.”

Many media outlets were baffled that anybody in 21st-century America would find it advantageous to give up all that White Privilege to be perceived as black. After all, we know that vicious white racists lie in wait to victimize black bodies by murdering them, raping them, and not letting them use the swimming pool.

But that raised the uncomfortable (or amusing) question: Weren”t the liberals denouncing Dolezal being transphobic?

Among non-SJWs, Ms. Dolezal’s embarrassment proved a welcome relief to many who had been baffled by how sanctimoniously the dispensers of conventional wisdom had greeted Jenner’s transparent ploy to make millions off an upcoming reality TV show about whether or not in the season finale he”d finally have himself castrated.

Wits leaped all over the seemingly bizarre distinction in current discourse between the transgender (and thus angelic) Jenner and the transracial (and thus demonic) Dolezal. Several media outlets, such as the BBC and USA Today, fell for a meme tweeted by Godfrey Elfwick:

My name is Godfrey.
I am WrongSkin.
You may not have heard of that but means I was born to white parents and have white skin but I identify as being black.
It’s not a joke.
It’s not OK to mock us.
It’s not easy to live like this.

Skin color has nothing to do with the color of a person’s skin.

Granted, it was embarrassing to USA Today when they had to append to their story “People respond to NAACP incident with #wrongskin“ the following message:

Corrections & Clarifications: An earlier version of this story misstated the intentions of a tweet by @GodfreyElfwick. He operates a parody account.

But in defense of USA Today and the BBC, how in tarnation is anybody supposed to know these days how to distinguish between the latest moral mania and satire? For example, the ongoing World War T was launched in May 2013 with a crusading New York Times article about how society is oppressing male-born mixed-martial-arts fighter Fallon Fox by not letting her beat up women for money. How is anybody supposed to know that Godfrey Elfwick is parody and Fallon Fox isn”t?

Indeed, most of the best-known middle-aged male-to-female transgender celebrities are perpetrating, with enthusiastic media cooperation, a hoax on the public by claiming they always felt since early childhood like a little girl on the inside. Yet who hasn”t seen Lana Wachowski’s The Matrix? Is there anything at all girl-like about that movie? A far more plausible hypothesis is put forward by Northwestern U professor of psychology J. Michael Bailey: A sizable proportion of the highly masculine men who decide they want everybody to act as if they are female are in the throes of a sexual fetish known as autogynephilia.

Of course, not knowing that transgenderism is to be celebrated as obvious and transracialism is to be scorned as something that can”t possibly even exist is no excuse. These days, you are just supposed to know, and if you get the latest orthodoxy wrong, well, too bad for you…

In truth, nobody can change either race or sex. In the ultimate Darwinian sense, transsexuals and transracials are as real as witches.

Please note that I”m defining both race and sex in terms of the most fundamental level of human reality: one’s biological family tree.

The most rigorous definition of a racial group is a partly inbred extended family. Race is about who your ancestors are on your biological family tree. Nothing Rachel Dolezal can do can change her genetic lineage.

(By the way, the U.S. Census Bureau has typically drawn a distinction between race, which it describes as biological, and ethnicity, which it calls cultural. A useful way to think of ethnicity is as those traits such as language, religion, cuisine, names, customs, and so forth that are typically passed down within biological families, but don”t, technically, have to be.)

Moreover, we can rigorously define anyone who has fathered a child in anybody’s family tree as a man and anyone who has given birth to a child in anybody’s family tree as a woman. No ancestor anybody has had has done both. So far, the human species doesn”t actually work as assumed in Robert A. Heinlein’s 1959 sci-fi story ““All You Zombies”,” in which a sex-change operation and a time machine allow the narrator to be his/her own father/mother and son/daughter. Maybe someday Heinlein’s story will come true, but it hasn”t yet.