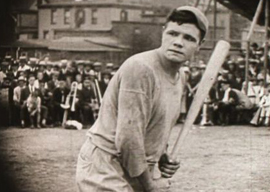 Baseball season reminds us of the identity-politics group that doesn”t bark“left-handers. Why are certain aggregations of once-persecuted people such as blacks or gays so politically potent today, while others such as left-handers can be safely ignored?

Indeed, it’s almost gauche to ask why no left-handed big-leaguer has played catcher since the 1980s. More broadly, why doesn”t anybody (other than a few statistics nerds and the fathers of lefty Little Leaguers) even notice what appears to be flagrant employment discrimination based on traditional but irrational prejudices?

In contrast, the sporting press has waged a long campaign to boost the percentage of black quarterbacks in pro football. This was a push so powerful that when Rush Limbaugh mentioned its existence in 2003, he was forced from his side gig as an ESPN pre-game analyst and then blackballed from buying into an NFL franchise in 2009. (Since the first half of the last decade, the number of black passers performing well in the NFL has declined, suggesting Rush was more or less right.)

“Few care in any organized fashion about discrimination against left-handers.”

Although catchers aren”t quite as crucial as quarterbacks, catcher Joe Maurer of the Minnesota Twins has an eight-year, $184 million contract”larger than any quarterback’s.

Like quarterbacks, catchers need to be strong-armed, tough, brave, good leaders, and smart. Just as some quarterbacks call plays (or at least audibles), catchers traditionally call pitches. (In Bull Durham, Kevin Costner plays a veteran minor-league catcher assigned to nurse Tim Robbins’s talented but stupid pitcher to the majors.) Thus, catchers are the most likely to become managers. Hence, bigotry against left-handers can close off not only a playing career, but a managerial career as well.

Neither quarterbacks nor catchers need to be fleet of foot. This means that prejudices regarding these positions are more serious because victims often can”t any play anywhere else. A lefty who is a natural catcher often has no feasible alternative position. Catcher is the baseball position where a less than supremely gifted athlete is most likely to make the majors if he’s gutty”and right-handed.