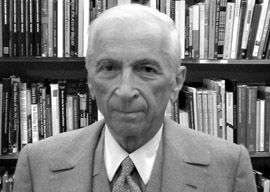 How long has The New Yorker been coughing up blood?

Not that the magazine ever possessed the talismanic qualities for me that it does for its cultlike subscribers”many of whom, let’s be honest, use their (mostly unread) copies as decorative accents, sort of higher-brow Hummels.

But one of my college writing instructors was a John McPhee freak, so we had to read “Oranges,” and all I remember about that was learning about the magazine’s storied fact-checking department.

As The New Yorker‘s fact-checking director Peter Canby explained in 2002,

[I]n addition to the basic reporting pieces, we also check “The Talk of the Town,” the critics, fiction, poetry, cartoons, art, captions, the table of contents…contributors page, the cover wrap, the letters column, all the press releases, and a good deal of the recently mounted Web site.

(Canby added, “[I]f it is a John McPhee piece, you make sure that the USGS report that he read, he read correctly…”)

So, for instance, they famously sent the Church of Scientology 971 queries before signing off on apostate Lawrence Wright’s 2011 exposÃ©”an extreme case in a long (if not infallible) tradition.

Which brings us to the Gay Talese affair, which may never have occurred but for a 12,000-word book excerpt in the April 11 New Yorker. (And yes, it was The New Yorker‘s especial duty to fact-check that book excerpt because it was a book excerpt”publishing houses barely employ proofreaders anymore, never mind fact-checkers, and if a prole like me knows that, so do they.)

After reading that particular chunk of Talese’s forthcoming tome, The Voyeur’s Motel, Paul Farhi of The Washington Post sensed something amiss in the tale of Denver, Colo., motel owner and self-styled sex researcher Gerald Foos. Impressed by Talese’s best-selling investigation into the Sexual Revolution, Thy Neighbor’s Wife, Foos had presented himself to the living legend of New Journalism as a particularly apt subject. You see, Foos had witnessed that very Revolution from a unique vantage point: the secret spaces from which he”d spied on his guests for almost 30 years, beginning in the 1960s.

Talese took custody of Foos” “field notes,” and even joined the innkeeper for a Peeping Tom sesh. That particular episode sounds comically preposterous”Talese reports that, unnoticed by the preoccupied couple, his dangling necktie slipped through the fake ventilation slats”but there was nothing funny about Foos” claim that he”d watched one guest, a drug dealer, murder his girlfriend in 1977″and done nothing. Neither, after reading about this in Foos” journals, had Talese.

So the Post‘s Farhi did some of the Journalism 101 digging that Talese, and then The New Yorker, apparently neglected, and learned that “Foos sold the motel…in 1980 and didn”t reacquire it until eight years later, according to local property records. His absence from the motel raises doubt about some of the things Foos told Talese he saw.”

Called by Farhi for comment, a tearful Talese disavowed his book.

The next day, he disavowed his disavowal. I”m guessing his publishers reminded him of the little matter of his presumably handsome advance, and the fact that, based on that New Yorker excerpt, Steven Spielberg had optioned The Voyeur’s Motel for almost a million dollars.

But despite all these big names and bucks (and my jokey notion that the magazine is really just a Royal Doulton “Pretty Ladies”-style collectible for pseudo-sophisticates), I”ve seriously gone from wondering if The New Yorker still has fact-checkers to wondering if it still has readers, other than Paul Farhi and this guy at Salon.

Because, as Gay Talese himself writes:

Indeed, over the decades since we met, in 1980, I have noticed various inconsistencies in his story: for instance, the first entries in his “Voyeur’s Journal” are dated 1966, but the deed of sale for the Manor House…shows that he purchased the place in 1969.

That he decided to write the book anyway probably seems inexplicable and downright irresponsible to anyone who isn”t a writer themselves”or, at least, a writer like Talese, whose nonfiction is considered “literature” and not simply reportage. As we”ve seen, shoe-leather journalists and the merely opinionated weren”t empathetic.