The Gloom and Doom Generation 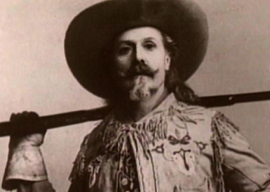 WEST ORANGE, N.J.—When I was a young man, and the editor, or the producer, or the executive, would tell me that he was about to censor me, the reason was always, “Your material offends the older people.”

Now that I’m one of the older people, when the editor, or the producer, or the executive, tells me he’s about to censor me, the reason is always, “Your material offends the younger people.”

Was I born into a time warp? Are we baby boomers the only people in the history of the world with an actual sense of humor?

There was always hate mail. In the eighties it came from the Baptists, or the Catholics, or the Citizens for Decency, or the National Organization for Women, or the Log Cabin Democrats, or just about anyone who insisted on taking a joke personally instead of writing it off as commentary on the Ship of Fools we all sail through life on.

And then people started asking me questions about “satire,” usually followed by the question, “How do you know where to draw the line?”

So I learned about this line thing. I was never quite sure what they meant, but everybody knew there was a line somewhere and that I shouldn’t cross it. People would support you one day and then suddenly turn hostile because you “crossed a line.” So suddenly I had to become Northrop Frye and trot out literary theories about satire and “the line” just so I could get through the interviews.

“Today we don’t need to inform the KGB, we just open an anonymous Twitter account and circulate the hashtag #millermustresign.”

First of all, I never liked the term satirist because a) it’s French, b) it’s associated with Jonathan Swift who, in my opinion, was so heavy-handed that he couldn’t write his way out of a paper bag, and c) it forces you into the “Humor” section in the bookstore, next to the New Yorker cartoons and the hillbilly joke books. Nevertheless, a BBC radio guy asked me one time to define my brand of satire, and so I gave him the same definition I’ve been using and trying to live by ever since:

Satire is a machine gun on a swivel. You aim at a target, fire, move one foot to the right, fire, move again, aim and fire—you hit all the targets, without exception, and about one in ten targets will scream. When that happens, you hit that target twenty more times.

The difference, in 2018, is that it’s not one in ten targets, it’s one in two. Everybody screams, like, all the time. Nobody ever says, “Oh, wow, you caught me, yeah, that’s pretty stupid.” And everybody assumes you have some kind of second agenda, usually political. Just in the past two years I’ve been called a Trump apologist and a Trump hater, a liberal Jew (with “Jew” used as an epithet) and a right-wing fellow-traveler with white supremacists, an LGBTQ supporter (when I wrote about transgender bathrooms) and a tone-deaf hetero bigot (when I said I didn’t feel very strongly either way about gay marriage).

I stopped reading the Comments sections entirely, not because I couldn’t take the heat but because I often couldn’t even understand the context of the argument. When I pointed out the failure of the Charlottesville police to a) maintain order, and b) allow free speech, I was criticized on the left for saying that no speaker in the public square should ever be shouted down or have his access blocked (both of which would seem to be leftist positions), and on the right for not taking a strong enough position on the alt-right nerd who got isolated from friends, chased down, and beaten with his homemade Renaissance Faire shield. I did think the guy was a victim—he was outnumbered, like, 30 to 1—but since I couldn’t see what happened before and after the video, I didn’t wanna make any Rodney King assumptions.

All this comes with the territory, I guess—if you don’t get flack from both sides, you’re probably not doing it right—but there are two aspects that make 2018 so different from 1988:

Numero Uno: Nothing is considered funny for the sake of being funny.

If you make a joke about Oprah, you must hate Oprah.

If you quote Trump, you must love Trump.

If you lampoon something idiotic on the left, you must live on the right.

And the result is always “I will never read/watch/listen to you again,” “Unsubscribe me immediately,” and, in my particular case, a woman who posted to all her friends, “I can’t believe I once dated that guy”—meaning, now that my true colors have been exposed, her eyes are opened to what a loser I was all along.

Meaning the person is banished into outer darkness and will never again be dealt with or considered. He has been psychically murdered. But it gets worse.