The Government That Cried Wolf 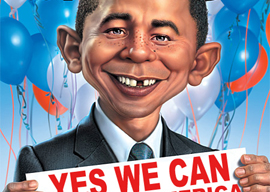 Whoever committed this outrage deserves to be punished to the fullest extent of the law, but I do not believe all the responsible parties will ever be held to account.

I have believed lies too many times in the past.

In the United States during the 1950s, there was a series of radiation tests conducted on unwitting human subjects. This occurred long after radiation’s deadly effects were well known.

“All governments lie; the question is whether their lies are intended to protect the people or the powers that be.”

A number of political figures were assassinated in the 1960s, notably JFK, RFK, and MLK. In the latter case, an unemployed drifter purportedly obtained a state-of-the-art passport forgery and an expensive international airline ticket and was able to fund his own living expenses for months.

In the 1970s after the Watergate scandal, the president of the United States was forced to resign due to his operatives’ gross immorality and criminality which involved breaking and entering, theft, lying to Congress, and deceiving the public.

In the 1980s the October Surprise was an alleged scheme by the Republican presidential candidate to forestall release of American hostages taken in wake of the Iranian Revolution. Within minutes of the Reagan inauguration, these hostages were granted a release.

The first bombing of New York’s World Trade Center was in 1993. This was alleged at the time to be a complete surprise to the government. However, it was later reported that the FBI not only monitored the plot, they scrutinized the purported explosive ingredients, and the key perpetrators were the same individuals the FBI approached. Since that time federal agents have apparently learned nothing, being a prime recruitment agency for would-be terrorists.

In 2003 evidence appears to have been deliberately misinterpreted and actively fabricated to sway the American public and United Nations to support a war against Iraq. Aside from dissenting voices inside the administration were questionable suicides prior to the war, including a noted weapons inspector and one analyst who reportedly threw himself off the top of the State Department building. A decade and trillions of dollars later, the world came to believe this was executive hubris aiming to enrich private individuals with the result being a much less secure United States and a much more unstable world.