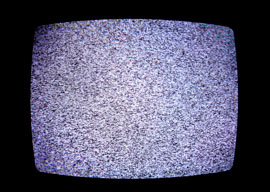 “I wouldn”t like to go to prison,” said Gimlet. “The idea is a very unpleasant one.” I had to agree with him.

“The conditions are bleak and dispiriting, and the notion of being locked in is perfectly dreadful.”

He was right, of course, but quite what had inspired such gloomy rumination was hard to say.

“Escape isn”t easy,” he continued. “There are all sorts of obstacles to prevent you.” I said that if I understood things correctly, that was the general idea.

Gradually it dawned on me that he was referring to the Chilean miners” rescue in the Atacama Desert. On August 5th, 700,000 tons of rock collapsed in the San Jose mine, trapping 33 men in a tunnel which most people feared would become their tomb. For seventeen days these hapless burrowers lived through unendurable trauma, for the likelihood was that all of them would perish. The ensuing fairy-tale ending has been widely reported around the world. On August 22nd an exploratory probe penetrated a wall only yards from the miners, which enabled food supplies to be sent down, along with medicine and letters from their families. It was enough to sustain them through the rest of their harrowing ordeal. Meanwhile, a 620-meter escape shaft was being excavated which would allow an oxygen-supplied capsule called the “Phoenix” to bring them safely to the surface. Never before in mining’s history has such a potentially calamitous situation resulted in such plenary triumph.

“I thought all that talk about being imprisoned was to do with the Chilean miners.”

Sometimes I wonder if he does it deliberately. Quite how one links televisions to prisons and mines is a long shot, even for Gimlet’s labyrinthine mind.

“What,” I inquired, “have televisions got to do with being locked up, apart from the fact that prisoners today are allowed television sets in their cells?”

“To break off relations, you are required to undergo a recorded telephone interview with a person trained in torture.”

Gimlet had taken out a contract with a company called Tiscali to provide him with television coverage. The Tiscali representative, an oleaginous young man, could not have been more obsequiously attentive. He said that were Tiscali to take responsibility for Gimlet’s telephone and broadband in addition to his television network, this would ensure easier billing and provide a better service. Quite what level of service lesser mortals might expect was gently glossed over.

Nevertheless, the idea of having the various systems taken care of under one roof seemed a sensible one.

“For the soul is dead that slumbers, and things are not what they seem,” quoted Gimlet.

By this I took it that something had gone wrong. The story is not an uncommon one.

Gimlet signed up with Tiscali in May 2009. At first everything went smoothly.