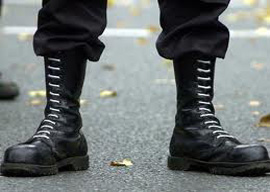 Ever since Timothy McVeigh’s 2001 execution, the American left has waited in joyful hope for his second coming.

More than a decade on, they desperately need another great white “Christian” dope whose name they can chirp defensively whenever anyone brings up the troubling tendency of certain nonwhite, non-Christian types to blow up way more people.

“Christian” is in scare quotes because Timothy McVeigh was actually a lapsed Catholic and failed Protestant who liked to say, “Science is my religion.” That buggers up the liberal narrative.

I once heard McVeigh’s former Protestant pastor wonder innocently why whenever he told reporters he”d kicked McVeigh out of his church on account of his violent views, those reporters always hung up and never quoted him. Weird, huh?

Finally, with the Wisconsin Sikh temple shooter, leftists have their new white gun-crazy poster boy. I resent even having to look up the name “Wade Michael Page” for this article’s purposes, but I don”t doubt that thousands of American liberals already have it memorized.

Page proved, according to one liberal commentator, that “left-wing mass murderer[s]…generally don’t exist,” a stunningly fact-free statement that gave me a “Helter Skelter” earworm for three days straight.

That said, the Sikh temple shooter was a Dick Wolf wet dream, a Law & Order defendant come to life: a well-armed Caucasian veteran sporting neo-Nazi tattoos who was part of the “white power” music scene.

Information about Page came out quickly, because, wouldn”t you know it, the Southern Poverty Law Center and the Anti-Defamation League had kept files on him for some time. Both groups were happy to share their intel with the media and take credit for…

Those “watchdog” groups crowed that this horrific crime proved how essential their courageous work is to public safety. The SPLC and the ADL, you see, ever so bravely keep track of all these Nazis roaming the land, so that…

Alas, these armchair Simon Wiesenthals are a familiar type up here in Canada. I”m being sued for writing a little too much about Canadian Human Rights Commission (CHRC) staffers who”until folks like me blew the whistle”logged onto white-supremacist websites, pretended to be white supremacists, engaged “other” white supremacists in “racist” conversations…then charged them with violating the Canadian Human Rights Act’s Section 13 (now defunct, and I helped).

“What proportion of Canada’s “white supremacists” are, in fact, government employees?” wondered Mark Steyn, himself the target of a Section 13 investigation. “On a quiet day, chances must be pretty good that you”ll log on and find” them trying to entrap each other.

In fact, the CHRC’s most enthusiastic cheerleader, the Canadian Jewish Congress (now defunct, and I helped!) has been accused of hiring an ex-cop to “organize the fledgling Canadian Nazi Party” in 1965 and 1966. Never mind that then and now, there are more Nazis on your average Hogan’s Heroes rerun than in all of Canada. There’s nothing like an ever-looming Nazi threat to wring donations out of elderly Holocaust survivors.

(On the rare occasions when the handful of live Nazis take to the streets to be confronted by an exponentially higher number of “communist” opponents, I always pray for an asteroid.)