The Greatest Generation Has Left the Building 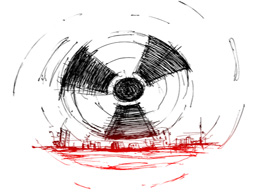 The recent anniversaries of Hiroshima and Nagasaki’s destruction by atomic bombs reminded me of an odd encounter I once had with one of the responsible parties.

It happened at a Starbucks in a small Northwestern college town several years ago. I have a tendency to attract the crazies while out and about, so when an elderly character approached me to ask about the novel I was reading”Russell Kirk’s Lord of the Hollow Dark“I was reluctant to become entangled in conversation. By the time my unwelcome interlocutor got around to proclaiming that “intellectuals should be liberals,” I already regretted not having made a getaway. Still, it wasn’t until he claimed to have been a civilian witness to the dropping of both “Fat Man” and “Little Boy” that I thought I had a certifiable kook on my hands.

Later I realized this fellow wasn’t delusional after all. He was in fact whom he said he was: Lawrence H. Johnston, the physicist who, under the tutelage of his mentor Luis Alvarez, invented the detonator used on the “Fat Man” bomb dropped on Nagasaki.

“Just as the steely warrior has become a thing of the past, so too has his intellectual equivalent.”

Russell Kirk wasn’t very happy about Professor Johnston’s contribution to science. I’ll leave it to Patrick Buchanan to make the revisionist case. Having lived among the Japanese and discovered their quiet stubbornness for myself, I don’t find such arguments convincing.

Unlike our foreign-policy chicken hawks, Johnston was aboard the observation aircraft The Great Artiste as these terrible weapons were delivered to their targets. You don’t board an aircraft on a deadly mission without your heart in your throat.

Johnston was one of what Tom Brokaw called the Greatest Generation: those who grew up during the Great Depression only to have to fight in World War II.

My late grandfather is to be counted among this Greatest Generation. Having grown up during the Depression with only two sets of clothing to his name, he had intended to become a schoolteacher. The war derailed those plans, and after it ended he chose to instead remain in the Army. He achieved the rank of Major before he was eventually forced into early retirement to make way for what was apparently an excess of West Point graduates.

Undaunted, my grandfather continued to serve as a non-commissioned officer. Later he was to learn his name had been selected at random for culling but that”in an early example of affirmative action”certain minority officers had been granted immunity. Still, he never betrayed any bitterness. On his long slide into heart trouble and dementia he remained in good humor, offering not so much as a complaint or the slightest whimper even when he must have been in considerable pain. As Russell Kirk wrote of his own parents, my grandfather had “performed [his] duties patiently, harming no one.”