The Green War on Children 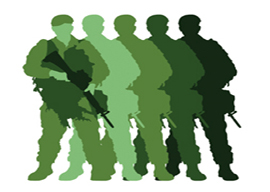 Halloween isn’t for another three weeks, but environmental ghouls are on the haunt. A sadistic video released by global warming fear-mongers reveals an inconvenient truth about eco-radicals: They despise the very children for whom they claim to be saving the planet.

In the opening scene of “No Pressure,” a four-minute short clip produced by carbon reduction activist group “10:10,” a teacher urges her elementary school charges to fight climate change by cutting their carbon emissions by 10 percent by Oct. 10. When a few uncooperative students object, the teacher (played by actress Gillian Anderson) presses a red button at her desk—which immediately detonates the nay-saying children. Their heads explode in graphic, bloody detail. Skin and body parts splatter all over their horrified classmates.

Message received loud and clear: No dissent allowed, little rascals. Or else.

The film’s corporate sponsors, including Sony and Kyocera, backed away from the project, and the 10:10 group offered a sulky, non-apology apology to “everybody who was offended.” But the group will not censor any copies of the video circulated on the Internet and stands by its “humor.”

The 10:10 crew isn’t the only green group that gets a kick out of kiddie eco-snuff images. The Discovery Channel website Treehugger.com gave its “coolest environmental ad” award last year to a lobbying group that depicted the “human impact” of “climate change” with an illustration of a dead schoolgirl hanging from a noose with a melting glacier at her feet.

Unfortunately for America’s children, demographic authoritarianism isn’t relegated to the global green fringes. President Obama’s own science czar, John Holdren, has escaped accountability for his embrace of international eugenics champion and mentor Harrison Brown. Brown looked at the world’s children in contempt, referring to them as a “pulsating mass of maggots.” Though Holdren denies that he believes “that determining optimal population is a proper role of government,” he still pays proud public homage to Brown’s population control work advocating better living through engineered abortions to protect the earth.

Perhaps all the fatuous parents who allow their sons and daughters to be junior lobbyists for the green agenda will now think twice about handing them over so blindly to the state. And perhaps some of their propaganda-swallowing teachers might actually talk to a family or two who find zero humor in environmental terrorism.