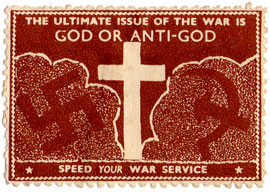 If caught reading the wrong book in the Soviet Union you weren’t interrogated, you were imprisoned. On many occasions people were simply murdered. Of course, there was usually a “trial” first.

Comparing communist Russia and contemporary America is profoundly disturbing for those who have some acquaintance with the Soviet Union, especially watching what was done to George Zimmerman in a Florida courtroom.

It began with Trayvon Martin portrayed as a perpetually angelic child although he was actually a seventeen-year-old violent reprobate who relished physical altercations. Similar photographic chicanery was popular with the Politburo. Lev Bronstein (alias Trotsky) and others were routinely airbrushed out of early snapshots of the Revolution. It sets the stage and molds the public mind.

“From arrest to exoneration the entire spectacle had overtones of a political show trial.”

Next came an assault on empathy as President Obama solemnly intoned if he had a son he would look like Trayvon. Government agencies that masquerade as news organizations (CBS, NBC, ABC, CNN, etc.) mischaracterized the event or invented facts.

The worst of these was a wistful attempt at resurrecting the term “coon,” which no one has used since intermission during The Birth of a Nation. Trayvon’s Skittles and iced tea outing to get high, his existing intoxication when he attacked a community volunteer, and the fact that Martin had a history of stealing from teachers and assaulting bus drivers were all likewise censored from his thug-life biography.

Both the police chief on the scene and the local prosecuting attorney evidently believed there was no case to be made for murder; hence there was no arrest for 44 days. Disturbed by a lack of Marxist political correctness, the central power brought in party faithful to pursue the case.

Most alarming was the apparatchik aroma of the trial itself, epitomized by Judge Debra Steinberg Nelson. Some said Stalin couldn’t have handpicked a better servant.

Nelson often acted with apparent disregard of established precedent and procedure. For example, in refusing to allow inflammatory texts Nelson demanded proof that Trayvon himself sent said messages from his own phone.

Nelson later stormed from the court when Zimmerman’s attorneys requested she schedule presentation of closing statements for the prosecution and defense on the same day, clearly in the spirit of equity. The judge declined for reasons on which she refused to elaborate, then huffed out as Zimmerman’s attorney was in mid-sentence. Many spectators were shocked by her gross discourtesy and smugly indifferent air.

Next followed Nelson’s disgraceful display of browbeating Zimmerman over his attorney’s repeated objections concerning whether he would testify on his own behalf. This colloquy is universally understood to be the final interaction between the judge and the accused as the defense rests its case. Zimmerman’s attorneys had two additional witnesses scheduled to take the stand.

Nelson not only silenced his lawyers, she bullied the innocent-until-proven-guilty Zimmerman into giving an answer almost absent advice of counsel. Her behavior astonished the legal community and seemingly violated Zimmerman’s Sixth Amendment right to due process.