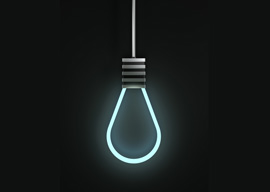 Ask anyone who has been in law enforcement for a long time what would be his or her dream job, and the answer is invariably “executioner.”

Not for nothing are drink, divorce, and dark humor constant companions of the boys in blue (and various hangers-on). They see the story behind the headlines that most only peruse.

The dividing line between the Decapitationalists and the Compassionistas is one between those who know what the world is really like and those who want to believe it is something different. (Closely related is the schism between conservatives who live in “diverse” areas and progressives who reside in gated communities.)

Yet the traditional view has enormous support whenever people are permitted to choose. For centuries it was a social event to see someone getting the long end of the law. This was true in Europe and America. It is still true in the Middle East and to some degree in Asia.

Many in the West like to think public execution ended due to popular disapproval. Nothing could be further from the truth. In London they quit the necktie party because too many citizens wanted to crash it. This unjust world’s huddled masses loved getting together to see some singular justice meted out. People often brought box lunches to spend the entire day watching others get their just desserts.

“The death penalty is an effective deterrent to everyone who receives it.”

The opposition insists the noose is not a disincentive to crime. My response is, “The death penalty is an effective deterrent to everyone who receives it.”

True, this example isn”t universally demonstrative to the general criminal population but neither is anything else. Not bread and water, not early education, not “scared straight,” not confinement, and not even the threat of eternal damnation.

Statistics (which vary widely but agree generally) show most crime is committed by the same handful of incorrigibles who keep coming back for more of our things. Deliver these out the side of the courthouse to a higher power, and we”re done with most of our troubles. Once it’s clear that we”re serious about creating mounds of high-grade garden mulch, more than a few of the unlawful will begin to abide.

For those alarmed at such carnage, consider whether the world is so much better with seven billion inhabitants than it was with five billion or three billion (which seems about the right number for ecological and social harmony on this little planet).

I am not advocating detention camps, mass poisoning, or any of the other typical dystopian fantasies. But we need to take some drastic measures before Mother Nature takes them for us. Rest assured, when prompted she will be much less discriminating than us.

What better way to thin the herd than by removing the worst among us? Neither religion, race, ethnicity, nationality, appearance, inheritance (material and genetic), nor any other discernible or imagined traits will be weighed in balancing the scales. It is based solely on what you do, and if you don”t hurt other people you don”t have anything to worry about from the hangman resurgent. Yet none of the above will offer an exemption, either. Whatever you do, there are no excuses.