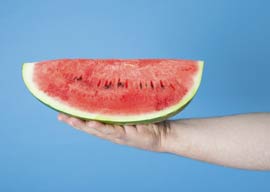 I hope I don’t offend anyone by saying that people are sensitive these days.

Like a hypersensitive black gay snail, Vester Flanagan II left behind a slimy trail of perceived grievances, slights, and microaggressions that culminated in last Wednesday morning’s live televised murder of a white female reporter and her white cameraman.

The apparent creature of a social-media age where not only is everyone hypersensitive, they’re also a star, Flanagan filmed the killings himself, posted the video online, bragged about it on Facebook and Twitter, and faxed a 23-page manifesto to ABC News before ending his life with a bullet to the head during a high-speed police chase.

Flanagan, 41, had worked for about a year under the pseudonym Bryce Williams as a broadcaster for the Virginia TV station whose reporter and cameraman he shot dead. As I write this, ABC News has not yet released his mea culpa in its entirety but has leaked the following dribs and drabs to the press:

The church shooting was the tipping point…but my anger has been building steadily….I’ve been a human powder keg for a while…just waiting to go BOOM!!!!…Why did I do it? I put down a deposit for a gun on 6/19/15….The Church shooting in Charleston happened on 6/17/15….What sent me over the top was the church shooting….And my hollow point bullets have the victims” initials on them….As for Dylann Roof? You [deleted]! You want a race war [deleted]? BRING IT THEN YOU WHITE …[deleted]!!!…

I’m shaking my damn head. I hoped that as a nation, we’d progressed beyond the point where we still call one another “[deleted]!”

But here we have a black man using anti-white slurs and killing two white people LIVE AND ON CAMERA because he says he wants to start a race war. Surely this is equivalent to the Charleston shooting and the press would be all over the racial angle like ants on candy, right?

“I hope I don’t offend anyone by saying that people are sensitive these days.”

You’re a naÃ¯ve little lamb if you think so, dollface. This story is less than half a week old and already it’s mostly been “disappeared” from the top of the news cycle, whereas the Charleston shooting had dominated the news for much of the summer. And whereas the Charleston mass murder led to calls for snuffing out all symbolic remnants of the Confederacy because shooter Dylann Roof had posed with a little Rebel flag in a few sullen selfies, the fact that Flanagan’s apartment allegedly contained a rainbow flag has not led to similar demands to snuff out all expressions of gay pride. Nor has it led to mass rallies about saving “white bodies” from the predations of race-obsessed lunatic blacks.

No, in this case most of the ex post facto media homilies are about how we have to get rid of guns. According to John Rosenthal, chairman of a group called Stop Handgun Violence, “It is going to take a hundred or two hundred largely white people [getting killed] because Congress doesn’t care about minorities.”

You heard that correctly. In order to prevent further killings of white people, we’re going to have to kill a few more hundred of them.

And what better man for the job than a chubby gay redbone who lived alone and in squalor? Police described Flanagan’s apartment as soaked in cat urine and smeared with feline feces. A neighbor claimed that the combative gay black gunman had often tossed cat poop at fellow apartment dwellers for no apparent reason. Police also claimed to have found what were described as “unwashed sex toys” in Flanagan’s apartment that contained visible traces of “human material.”

Flanagan appeared to be a lifelong wound collector, a man so egregiously disgruntled, one wonders whether at any point in his life he had truly ever been fully gruntled.

Back in 2000 he had sued his former employers at a Florida TV station claiming that he’d been called a “monkey” and once overheard a joke about collard greens. Although the station denied his claims, the case was settled out of court.

After last Wednesday morning’s shootings, Flanagan posted on Twitter that Alison Parker, the 24-year-old blonde TV reporter he shot cold, had made “racist comments” in the workplace. Station manager Jeff Marks dismissed this allegation as “nonsense,” calling Flanagan a “deluded” man who “came here looking for grievances to happen.”

Flanagan’s endless grievances included such insane accusations as insisting that it was “racist” to claim a reporter was “out in the field,” because obviously they were referring to cotton fields and trying to trigger Flanagan’s dim genetic sense memories of slavery. He was also certain that when they referred to “swinging by” a residence to cover a story, this was an obvious allusion to lynching.

Almost from the day he started working, Flanagan developed a reputation as an inept reporter and a monstrous pain in the ass who imagined racial and anti-gay persecution in the most innocent of gestures. On the day of his dismissal, he allegedly said the following to his employers:

Call the police. I’m not leaving. I’m going to make a stink and it’s going to be in the headlines.