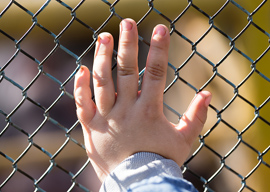 If there is one thing we can count on in our age of expert ignorance, it is that experts in their intellectual and moral smugness will offer opinions that, if acted on, would simplify complex issues and therefore harm the national good. Thus, Jessica Henderson Daniel, president of the American Psychological Association (APA), has issued the following statement:

The administration’s policy of separating children from their families as they attempt to cross into the United States without documentation is not only needless and cruel, it threatens the mental and physical health of both the children and their caregivers. Psychological research shows that immigrants experience unique stressors related to the conditions that led them to flee their home countries in the first place. The longer that children and parents are separated, the greater the reported symptoms of anxiety and depression for the children. Negative outcomes for children include psychological distress, academic difficulties and disruptions in their development.

The American Psychological Association calls on the administration to rescind this policy and keep immigrant families intact. We support practical, humane immigration policies that consider the needs of immigrants, and particularly immigrant families. We must adopt policies that take into account what we know about the harmful, long-term psychological effects of separation on children and their families. This is not an acceptable policy to counter unlawful immigration.

“It is precisely because it is tragic that nobody wants to see the immigration problem for what it is.”

If you click on the APA’s link, you’ll learn that they “discourage deportation” and support “research on how racial/ethnic profiling can affect individuals, communities of color, and law enforcement…,” as well as research on how “to better understand the deleterious effects of prejudice, stereotypes and discrimination upon both victims and perpetrators.” In other words, standard left-wing stuff. Nor is it surprising that Henderson Daniel is a feminist and ardent advocate for “women of color.”

She is also quite ignorant. Let’s start with the claim that separating children from their families is “needless and cruel.” This is facile, for Henderson Daniel does not address the context of the matter. Needless to say, the people who have entered the U.S. in this fashion are criminals. Now the longtime, inadequate practice was to make an exception for adults who were part of a family unit. But as often happens, the generosity proved imprudent, making it much easier for illegal aliens to remain in the country. And having got the message that we are not really a nation of laws, many cynical migrants have used minors who were not really their children in order to get the family exception.

As Kirstjen Nielsen, the secretary of Homeland Security, said on June 18, the “vast majority of children who are in the care of H.H.S. right now—10,000 of the 12,000—were sent here…by their parents with strangers to undertake a completely dangerous and deadly travel alone.” Predictably, the moral evil of this child trafficking has been passed over in silence by the Trump administration’s critics. And yet, this is the main source of the family separation issue, and if the left is serious about keeping families together, it needs to reckon with this. Not to do so is sheer hypocrisy.

Unlike the Obama administration, the Trump administration aims to prosecute all adults who have entered the country illegally. The reason, besides the need to uphold law and order, is that the Trump administration is committed to protecting the national economic good. Therefore, it is against admitting an excess of low-skill persons whose presence will mean both less jobs and lower wages for native workers. Not to mention, a strain on the health-care system and already unsustainable welfare state. Finally, President Trump has said that he doesn’t want the U.S. to go the way of Europe, which, having acted on its blind pity, now faces surging crime rates in many areas and struggles to accommodate its new citizens.

While adults are prosecuted and serve their time, their children stay in temporary shelters. Unless there is an aggravating circumstance—say, a prior attempt at illegal entry—the process takes only a few days. There is another exception, namely, when adults choose to file an asylum claim, and that happens frequently. It usually takes at least several weeks to adjudicate, and sometimes longer. Meanwhile, owing to the 2016 court ruling that modified the 1997 Flores consent decree, children cannot be held for more than twenty days, and this is why, contra Henderson Daniel, families cannot be held together.

That may change soon, however, because on Wednesday President Trump issued an executive order in response to all the angry criticism. Attorney General Jeff Sessions will file a request with the U.S. District Court for the Central District of California to modify the Settlement Agreement in Flores v. Sessions “in a manner that would permit the Secretary, under present resource constraints, to detain alien families together throughout the pendency of criminal proceedings for improper entry or any removal or other immigration proceedings.”

Pending the court’s ruling, there remain two options for dealing with illegal immigrant families: release the adults and children together as they await the adjudication of the asylum claim, or hold the adults and release the children. In the latter scenario, which, unlike the former, prevents the adults from absconding, the children go to a relative (many illegal immigrants have relatives in the U.S.) or the Department of Health and Human Services puts them in the care of a responsible party.