The Illusion of Difference 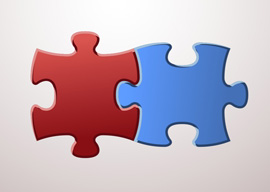 In response to a speech by President Obama at Ohio State on May 5 criticizing those who warn about “tyranny,” there was a lively exchange last night by the Fox All-Stars about allowing the “state” to micromanage our lives. Kirsten Powers defended the Obama Administration’s interest in our well-being and the need for expanding this helpful role. In counterpoint, Jonah Goldberg and Tucker Carlson griped about the arbitrary power the present administration claims. Both speakers seconded someone from the CATO Institute who had been previously interviewed and complained that Obama was bringing back “the administration of Woodrow Wilson and the Progressives.” Goldberg agreed, seeing that he had written a book blaming the welfare state on both the Progressives and European fascists. He and Carlson then spoke up for the “American way,” which means letting “adults look after themselves” and succeed or fail on their own.

This is all very nice, but no one on the panel was telling the truth. Government at all levels has been expanding for decades, under Republican and Democratic administrations alike. One had the impression while listening to this ritualized debate between “conservatives” and “liberals” that we were deciding for the first time whether we should have a government at all.

“Government at all levels has been expanding for decades, under Republican and Democratic administrations alike.”

We”re already blessed or cursed with a large managerial state that “conservatives” and “liberals” depend on equally for patronage and votes for their respective parties. If memory serves, Goldberg waxed indignant when Rand Paul, while running for the Senate, suggested abolishing the Department of Education and mentioned the conflict between some provisions in the 1964 Civil Rights Act and what had been constitutionally protected property rights. For Goldberg, who screams at Wilsonian Progressives for establishing Big Government, it is “extremist” even to suggest that a federal Department of Education may be unconstitutional and a waste of taxpayers” money or that our anti-discrimination mechanisms have been tyrannical for decades. Nothing would suit me better than “returning” to the infinitely smaller and less intrusive government that the Progressives bequeathed to us, as opposed to the far more intrusive one that the “libertarian” Goldberg wants to preserve.

The “conservative movement” and the GOP operate from a false pretense that they are straining to dismantle our vast bureaucratic state. Both our national parties are social democratic clubs that accept and implement in varying degrees the PC teachings that flow from our educational and cultural institutions. Our two national parties may have been pushed into their role of government-enlargers by overpowering forces that they (and particularly the Republicans) can”t effectively control. But let’s not lie about what’s going on, even if we admit that there are palpable differences between the parties: One is more interventionist in international relations, does slightly less to accommodate the media on social issues, and is a bit friendlier to business activities than the opposition it is organized to oppose. Republican voters and politicians also tend to be more typically white-bread WASPs, while those in the other camp come across as disgruntled, perpetually bitching minority and grievance claimants.