The Importance of Being Earnestly Bitchy 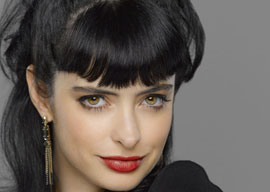 The golden age of television sitcoms petered out in the late 1990s when NBC couldn”t convince Jerry Seinfeld to come back for one more season despite offering him a salary of $110 million. (His three costars would have been paid a total of $66 million.)

Similarly, as the salaries of the cast of Friends approached over $140 million annually (one million per episode for each, with Jennifer Aniston getting more), networks began to search for business models that weren”t as dependent upon the expert interplay of unique personalities.

In 2000, the triumphant debut of Survivor on CBS demonstrated that audiences would be almost as fascinated to watch nobodies compete for (as Dr. Evil would say) one…million…dollars.

Meanwhile, cable networks such as HBO and AMC found that they could ensnare higher-end viewers in long-running soap operas.

“Apartment 23 is a show about two women that demonstrates zero respect for feminist dogma.”

Yet old-fashioned sitcoms remain potential money-gushers because they are best suited to syndication. Once a viewer finds out who wins American Idol or what happens to Don Draper, nobody is particularly interested in watching again. On the other hand, the likable, competently made sitcom about Caltech nerds, The Big Bang Theory, is on track to rank first in the Nielsens this year in both primetime and syndication.

The shot at that kind of money continues to attract tremendous talent to the sitcom, even if the genre doesn”t generate much buzz. Thus, perhaps the most brilliant sitcom of the decade is ABC’s almost unknown screwball comedy of 2012 with the unwieldy title Don’t Trust the B——in Apartment 23.

ABC pulled the plug in January with eight episodes left unseen. Fortunately, ABC.com, Hulu, and iTunes will be offering the lost episodes online through June 2.

In the show, June (played by Dreama Walker) is a nice, wholesome blonde from Indiana who moves to Manhattan to start her dream job working for Bernie Madoff the day he’s hauled off in handcuffs. Defeated but undaunted, she gets a waitress job and a roommate, lovely ex-model Chloe (the slightly pop-eyed Krysten Ritter, a cartoon Audrey Hepburn), who turns out to be a sociopathic Holly Golightly fleecing naÃ¯ve newcomers.

This comedy was created by Nahnatchka Khan, who got her start with Malcolm in the Middle, the high-energy live-action Simpsons. She seems to identify more with her male supporting characters in a manner reminiscent of Camille Paglia. Van Der Beek, for instance, is affable in his masculine arrogance. (“Because I”m a celebrity” is his levelheaded explanation for every privilege he’s afforded.)

Apartment 23 treats virtually every sacred cow in current American culture with gleeful contempt. June’s boss at the coffee shop, meek mulatto Mark (Eric Andre), who worships June from afar, is virtually the only Obama parody in American entertainment. The joke is that, unlike the president, poor Mark inherited his white parent’s level of self-esteem.