The Importance of Hatred 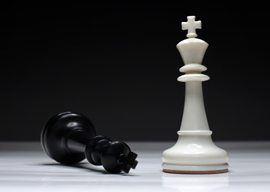 Commencement speeches often give great advice on how to succeed, whom to befriend, and whom to love, but they never focus on the importance of hatred. I believe that choosing whom you will never speak to again can be as helpful as choosing whom to marry.

Rational hatred has been a tool we”ve used since the cave days. Back then, if another caveman tried to steal your mate or your food or your cave, you”d smash his skull with a rock.

In Scotland, never speaking to someone again is celebrated as a sign of character. I remember my grandfather in Glasgow telling me that someone had crossed him, and he leaned in close before whispering: “I never spoke to him again.” Then he sat up like he had told me the best thing in the world and added, “That was 35 years ago.”

This isn”t something to be proud of if you can”t remember why it happened. You have to stick to the basic three: mate, hunt, and cave. If the double-cross was too irrelevant to remember, it wasn”t worth the social boycott.

This process seems less popular in America than it is in whiskey-loving places such as Scotland and Ireland. I refer to it as “Xing” because I talk like a babysitter, but it’s a very manly way to be. Like legendary tough guy Chuck Zito, you accept everyone you see as your family. You respect them and love them and assume they”re great people.

But doing this can be dangerous because it makes you vulnerable. When you get betrayed, it can induce seizures of disbelief. The solution to this problem is to erase the person from your world. Who was it that betrayed you? Nobody, because he doesn”t exist. That means if you see them on the street, you simply walk past them as if they”re invisible. If you”re forced to sit near them in a bar, you see a magical floating beer rise up to lip level, empty itself, and then float back down to the bar. If you”re living in a dense city like New York it’s entirely possible you”ll be sitting in a bar with five or six invisible people drinking floating beers. They can try to apologize and beg for forgiveness, but it’s like a ghost trying to communicate with someone who doesn”t see dead people.

Xing people is an effective way to avoid the stress of dwelling in the past. There’s no point in hating someone who is Xed. They don”t exist. You might as well hate Asian couples that adopt black babies or men who were raped by women.

Here are what the basic three have evolved into since they were first invented 40,000 years ago.

1. THEY THREATEN YOUR JOB.
Today the hunt happens in office buildings. Your job is about putting food on the table, so threatening someone’s job is taking food out of their kids” mouths. It deserves retribution.

For example, no matter how much you hate your coworkers, you cannot talk shit about them to your boss. You can take it up with them in person, but you can”t go snitching to someone that can fire him.

Here’s a tricky one: What if you knew a friend was about to get fired and they were going to replace him with you? Isn”t that taking food out of his kids” mouths? But on the other hand, doesn”t refusing the job constitute taking food out of your own kids” mouths? The answer is simple: You need to approach this guy, lay out what’s happening, and come up with a solution together. If he refuses a compromise and then gets fired anyway, he’s Xed because he wrecked your hunt.