The Insight of Hindsight 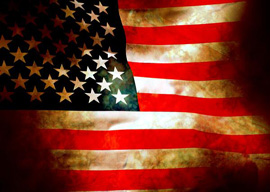 The day John Kennedy was killed, few thought it was anything other than exactly what it seemed to be.

Most believed that the crime was committed by the party named as the perpetrator. A weapon was used that, although having lethal properties, was mainly regarded as a method of recreation. One of the nation’s great metropolises had witnessed this violence, and almost everyone assumed authorities had done everything possible to avert it.

Sadly, this was not the first time such an act had been perpetrated. Not in exactly the same way, but certainly upon the same office. Thus, astonishment and acknowledgment mingled that day to produce credulity.

But some suspected otherwise.

Among them was a wizened woman of my own kin. While watching the first interview of Oswald she spoke aloud as to the Fates, “It won’t be long now afore that boy himself is the one they will set to killing.” She had put her acquired wits of a lifetime to excellent use. Nightclub owner Jack Ruby murdered Oswald less than forty-eight hours after Oswald had murdered the president.

“People will believe almost whatever one tells them, if it can be told as a simplistic tale of tragedy and hope.”

Curiosities were only piqued after the printing of a dubiously lacking expert report, quiet confessions by inside parties that a greater game was afoot, and a long line of caskets flowing westward.

The time for questioning had come.

The Warren Commission was created to investigate the multitude of anomalies and inconsistencies stemming from the fact that national security agencies had several prior warnings of a plot, the innumerable blatant oddities of the day, and the complete lack of specific immediate reaction to the crime as it unfolded. Although the conclusions were sometimes dumbfounding, very few American citizens then believed it possible that over two dozen of the most intelligent legal minds assembled for the task could so obviously obfuscate and purposely misunderstand basic testimony, let alone willfully alter scientific findings as Gerald Ford later admitted he did in regard to entrance wounds on President Kennedy’s body coming as a result of Arlen Specter’s “magic bullet.” These were the most trusted men in America. They would never, they could never, mislead us so shamelessly.