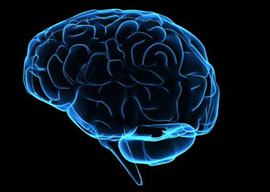 Perhaps the most lauded book of 2011 was Thinking, Fast and Slow by the Princeton psychologist Daniel Kahneman, who won the 2002 Nobel (or, to be technical, Nobelish) Prize in Economic Sciences. The Wall Street Journal, Economist, and New York Times all anointed it one of the year’s top books. David Brooks declaimed, “Kahneman and his research partner, the late Amos Tversky, will be remembered hundreds of years from now.…”

In the New York Review of Books, elder statesman of physics Freeman Dyson announced that Kahneman’s “great achievement was to turn psychology into a quantitative science,” which might have come as a surprise to Wilhelm Wundt, who opened an experimental-psychology lab in 1879. Dyson concluded on a wistful note about Kahneman’s present supremacy:

“Thinking, Fast and Slow is a fine book, lucid and informative. But it can’t possibly live up to its hype as The Origin of Species of the 21st century.”

Admirers of [Sigmund] Freud and [William] James may hope that the time may come when they will stand together with Kahneman as three great explorers of the human psyche, Freud and James as explorers of our deeper emotions, Kahneman as the explorer of our more humdrum cognitive processes. But that time has not yet come.

Thinking, Fast and Slow is a fine book, lucid and informative. But it can’t possibly live up to its hype as The Origin of Species of the 21st century.

Often, a thinker is exalted for the impact of his charisma and confidence on his contemporaries. Freud had such an overwhelming presence—he said of himself that he was “not really a man of science, not an observer, not an experimenter, and not a thinker. I am nothing but by temperament a conquistador.…”

But the 77-year-old Kahneman is a modest observer and experimenter who must be a little puzzled by his current adulation. Instead, Kahneman’s recent apotheosis is for undermining the rational-agent theory in economics by showing that human beings aren’t wholly rational. Anything that takes economists down a peg is OK by me. Still…