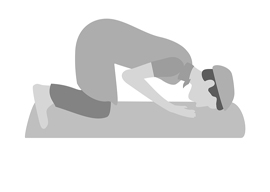 Louis Smith is a British gymnast who won a silver medal in the Rio Olympics. He has just been suspended for two months by British Gymnastics because he is featured in a leaked video in which he and a friend appear to be mocking Muslims at prayer. This, of course, will never do today, even in a liberal secular democracy. You can poke fun at Christianity. You can insult the Pope, the Archbishop of Canterbury, and the Moderator of the General Assembly of the Church of Scotland. But have a go at Islam and you”ll find yourself in trouble. So Louis Smith has not merely been suspended; he has had to undergo what is now a ritual of humiliation: turning up at a couple of mosques so that he may acquire a better understanding of Islam, after which he has naturally felt obliged to express his gratitude while promising to be a good boy in the future.

It’s ridiculous, of course. Why should Islam have this privileged position? If Mr. Smith and his friend had made a video mocking the Church of England or the Mormons or the Jehovah’s Witnesses, there might have been a bit of tut-tutting””silly boys””but no great fuss, no suspension, no requirement to turn up at their local parish church or temple to be reeducated.

“What Louis Smith did may have been silly, but could be offensive only to people determined to be offended.”

There are, of course, reasons. The authorities are wary of stirring up anti-Muslim feeling and disturbing what we have learned to call “community relations.” This is understandable. It may even, in present circumstances, be held by some, not only bodies like British Gymnastics, to justify giving Islam this privileged position in which, for example, mocking the Prophet Muhammad is held to require a public apology and recantation whereas any stand-up comedian can say what he likes about Jesus Christ and the Virgin Mary.

The second reason is simply that we are afraid of the jihadists and believe that anything that is perceived as an insult to Islam will drive more young men and women into their arms and provoke Islamist violence. This is nonsense, or comes close to being nonsense. The truth is that the Islamists hate Western culture and all that it represents and need no provocation to commit murderous acts of terror. Sending Mr. Smith to a mosque to learn more about Islam”the “religion of peace””is not going to appease these fanatics. It is more likely to deepen their contempt for us.

As for the mass of moderate Muslims, it would be more sensible to tell them that Louis Smith may have been rude and silly, but ours is a free country in which he is entitled to make bad jokes, and you are silly asses yourselves if you take him seriously and are offended. In other words, grow up. Remember, too, that you are tolerated and free to practice your religion in what is still, nominally at least, a Christian country, where you are not persecuted as Christians increasingly are in Islamic states.

In every Western country there is now a diversity of religion, a diversity of culture. This is not going to change, no matter how many people wish it would. Recognition of this diversity imposes certain restraints on all of us”and that “all” includes Muslims, too. It’s a question of good manners. The great American journalist H.L. Mencken got it right when he said you should respect the other fellow’s religion just as you respect his belief that his wife is beautiful. In other words you don”t tell him, in either case, that you think him a deluded fool. Admittedly, Mencken didn”t always follow his own advice. He was blisteringly rude about the rednecks of the “Bible Belt.” Nevertheless, what he said about respect got it right.