The Italian Invasion of American Culture 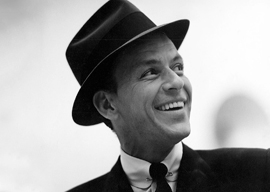 Ever since Steven Spielberg’s Saving Private Ryan, the D-Day landings in northern France have increasingly come to stand in for all of the American experience in World War II. That’s understandable but unfortunate because it’s hard to grasp postwar America without examining the influence of other theaters of war.

Just as the American doughboys’ involvement in World War I led to the Jay Gatsbys not staying down on the farm after they had seen Paris, WWII action outside northern Europe explains some otherwise puzzling features of America’s postwar golden age.

For example, the fight against the Japanese furnished California with a national epic. After the war, the Golden State filled up with ex-servicemen who had passed through California in 1942-1945 and vowed that if they made it back alive, they were going to raise a family in the sunshine. They brought back from Hawaii not just a comic penchant for Tiki torches, but, more lastingly, for board-riding”first surfing and then skateboarding, laying the foundation for X Games culture.

If the War in the Pacific gave Americans more of a yen for the sun, the now largely forgotten War in Italy (1943-45) set off a craze for all things Italian”such as dining, movies, and singing”that improved postwar American nightlife.

“Italian families have been stabbing each other in the back for centuries, which may help explain why Italy doesn’t work as well as, say, Finland.”

The invasion of Italy started off well with General Patton’s successful landing in Sicily. The Italians soon overthrew Mussolini and sued for peace. But the Germans took over and staged a brilliant fighting retreat up the Apennines.

While the war in Italy proved a miserable slog, American GIs fell in love with Italy. At least since German painter Albrecht Durer’s trips across the Alps around 1500, Italy has often been considered the world’s greatest tourist destination.

A new genetic study helps illuminate how nurture and nature worked together to make Italy a place where you definitely want to visit although you might not want to live there. Geneticists Peter Ralph and Graham Coop’s paper The geography of recent genetic ancestry across Europe reveals that Italians stand out for their genealogical “deep structure.” Razib Khan called attention to Ralph and Coop’s statement that “different groups within Italy share as little recent common ancestry as other distinct, modern-day countries….”

While much of northern Europe, especially the Slavic regions, has been swept repeatedly by vast invasions, prehistoric and historic, modern Italians are largely living in the lands of their ancestors. The deep structure of Italian culture”the sense that today’s Italians are exquisitely adapted to their particular cities and villages”is palpable to the visitor. Perhaps the finest cinematic portrayal of Italian culture’s rootedness is the Sicily chapter in The Godfather.

Or consider Florence. Not only was Tuscany the center of the Renaissance six centuries ago, it was home to the artistically advanced Etruscan civilization when Rome was a minor-league city-state.

The bulk of today’s Italian population appears to have family ties in their regions going back before Imperial Rome at least to the Greek settlements in the Age of Archimedes and to the Gauls crossing the Alps around 400 BC Ralph and Coop note:

In addition to the very few genetic common ancestors that Italians share both with each other and with other Europeans, we have seen significant modern substructure within Italy that predates most of this common ancestry, and estimate that most of the common ancestry shared between Italy and other populations is older than about 2,300 years….

Not only haven’t Italians been intermarrying much with non-Italians, they haven’t been intermarrying much even with other Italians beyond their own valleys. My wife’s great-grandfather, for instance, was considered a moonstruck romantic for wooing a girl not from his own village high in the Apennines, but from the town down in the valley, requiring a 500-meter climb back up after each date.

But this deep structure also means that Italian families have been stabbing each other in the back for centuries, which may help explain why Italy doesn’t work as well as, say, Finland.