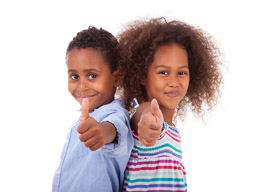 Last week I talked about that ingrate Aziz Ansari and how nobody stops to question Indians when they complain about racism, even though they represent the wealthiest ethnic group in the country. Nobody even notices they”re Indian. They just see a brown person pointing a finger and immediately kowtow to whatever ridiculous narrative is being spat out. The most over-the-top example of this just blew up the internet and involved an NYC K”8 school that teaches white children they are evil and rewards black kids with cupcakes. Anshu Wahi, the school’s “director of diversity,” is behind an initiative that uses segregation to reward “kids of color” and isolate white kids while insisting they”ve been racist since birth. It’s wildly absurd, but it’s also what she was assigned to do. This is what many Americans expect us to believe, especially women such as Executive Director of Faculty Diversity Cathy Cramer, who hired Wahi. And the bogus rants of story time aren”t reserved for backwards schools on the Upper West Side. The majority of the mainstream media parrots Wahi’s fairy tale.

That’s why a roomful of journalists gushed when Hasan Minhaj blamed the Oregon shooting on gun violence. “Gun violence” is code for “legal gun owners,” which is a fancy way of saying “white people.” They like talking about the mass-shooter epidemic because they assume mass shooters are white, but that’s just more fiction. I”ve heard estimates as high as blacks being three times as likely to be mass shooters when balanced with population proportion, but even Mother Jones admits that white mass shooters are at least on par with every other race. Unfortunately that doesn”t fit the bedtime story so we remain focused on Dylann Roof’s Confederate flag. The media closed its eyes and went to sleep when Bonifacio Oseguera-Gonzalez shot four people, leaving three dead, in Oregon last week. He had already been deported six times and as Hot Air reported on Saturday,

“You start to wonder why the children’s-book narrative is so much more popular. It involves so many more deaths.”

Oseguera went on his killing spree within days of the anniversary of the death of Kate Steinle. Her killer, Juan Francisco Lopez-Sanchez, had entered the country illegally five times before finally killing Kate in San Francisco and her family has still not received an adequate answer as to how they lost their child.

A traitor’s father is invited to the White House to praise Allah while millions die in the name of jihad, but our own citizens are ignored when our porous borders leave them dead. You start to wonder why the children’s-book narrative is so much more popular. It involves so many more deaths. Ethnomasochism doesn”t just leave you massacred. It leaves you with nothing. That’s why they call it suicidal.

By reacting to shootings with gun-free zones you are creating a safe space for more shootings. It’s bad for everyone and that includes the minorities these myths are meant to protect.

The media has been totally silent about it, but a legal gun owner just prevented a mass shooting at a black nightclub in South Carolina. Thirty-two-year-old Jody Ray Thompson shot into the crowd after getting into an argument and injured three people in the wee hours of June 26. He was about to hit a fourth, but that man had a concealed carry permit and shot Thompson in the leg, ending the attack. This is not only a great example of how guns make people safer, but it also shows how promoting legal gun ownership benefits blacks in the hood even more than, say, ranchers in Texas (and it benefits Texans a lot). The media is silent on this version of events because it’s a story not suitable for children, so we turn on the TV hoping there’s some feel-good awards show that tells us white people ruin everything.

The BET Awards were broadcast the same day Jody Ray got shot. It was the usual dog and pony show of people pretending race isn”t a thing while praising themselves for being black. The tone became revolutionary when Grey’s Anatomy star Jesse Williams hit the stage. He was there to accept the Humanitarian Award for his efforts in the Black Lives Matter movement and spoke in this affected ebonic pentameter that sounded like the Last Poets doing a Martin Luther King impression. The cadence was the message in this rambling speech that included strange allusions to killing cops if white people don”t stop killing blacks. “We are going to have equal rights,” he demanded, “or we will restructure their function.” (Colin Flaherty did a great parody of this premise.) It’s the kind of faux revolutionary claptrap that does well in classrooms where you”re preaching to the converted as Williams did on a daily basis when he was an African-studies teacher. As long as what he said sounded cool, everyone gobbled it up. Whether the story was fiction or not was irrelevant. My favorite part was when he claimed that “paid public servants can pull a drive-by on 12-year-old playing alone in the park in broad daylight, killing him on television and then going home to make a sandwich.”