The Landlords of Social Media 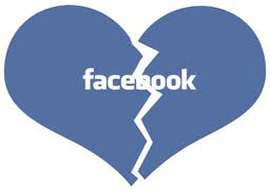 Is it possible that the investors snapping up shares were the only folks on Earth who”d never actually visited the site and were therefore oblivious about how literally worthless Facebook can be?

I”m not just talking about the corny cartoons we”re begged to “Like” or the admittedly adorable photos of kittens or kids.

I mean the seemingly arbitrary decisions Facebook makes about what you don”t get to post there and what you do.

Now, I”m not one of those “information wants to be free” parasites who thinks the likes of Facebook, Pinterest, and Twitter (conceived, constructed, and maintained thanks to somebody else’s genius, hard work, and capital) are de facto public utilities I should be able to use and abuse at whim. If I can”t spray-paint expletives on my rental apartment walls with presumed impunity, then social media’s “landlords” shouldn”t have to condone its virtual equivalent.

What I find confusing are Facebook’s decisions about what gets to stay up and what gets pulled down.

Take Michael Brown. He wrote a book called A Queer Thing Happened to America, which he calls a “meticulously researched” history of gay activism’s negative impact on society.

Like many authors, he created a Facebook page to promote his book. According to Brown, the page had been up for about a year, attracting some comments and helping sell a few copies.

“What I find confusing are Facebook’s decisions about what gets to stay up and what gets pulled down.”

Then last week, his “Web guy’s” Facebook account was locked because Brown’s page “violated Facebook’s Statement of Rights and Responsibilities.”

Among other things, that “Statement” forbids “bullying, intimidation, and harassment” and bans content that qualifies as “hate speech, threatening, or pornographic; incites violence; or contains nudity or graphic or gratuitous violence.”

Brown insists his book’s Facebook page wasn”t in violation. None of us can judge for ourselves because it no longer exists.>

For example, “Hitler Fetus is Our Jesus” offended Brown as a Christian, but again, I can”t describe it, because the page disappeared after he wrote about it in his online column.

Brown complained to Facebook about his page’s deletion and received an apology. The company explained that the page was “taken down accidentally” and promised it would never happen again.

Brown’s still extant personal Facebook page is “popular” with commenters who regularly accuse him of “hate” and “homophobia.” They also hold him personally responsible for the (exaggerated) epidemic of suicides by “bullied” gay kids. One could be forgiven for viewing these venomous comments as “harassment” and “intimidation.”

These commenters are seemingly oblivious to how effectively they”re proving Brown’s thesis for him. And Facebook hasn”t censored them.