The Legend of Whining Coyote 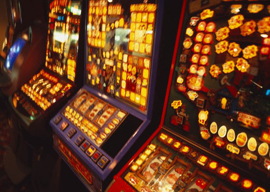 What did the Indian say when he crossed the road? “Me just walkum Trail of Tears!”

Merely for telling that joke, current mores dictate that I should apologize and make amends for insulting a sacrosanct assembly’s sense of honor. It isn”t coming, so hold on to your tomahawks.

There is no more pathetic group example of puerile ancestor-worship and perpetual aggrievement than American Indians who make a profession of it. (They are not “Native Americans” or “First Nations,” since proof continues to mount that they were neither native to America nor the first to arrive there.)

Indians met a difficult reality when 1492 rolled around. But so had half of Europe for most of the preceding thousand years. It was that same year of 1492 which saw the last of the Muslim invaders finally repelled from Spain. We needn”t go into the whole history of world conflicts, but there is a reason China still has Japan Envy a thousand years going. Pick a spot on the globe and you”ll find a graveyard, so who gives a damn whose cemetery plot is most deserving?

“Professional Indians stand out as the people who have received the most in amends and demonstrate the least appreciation for it.”

Still, Professional Indians stand out as the people who have received the most in amends and demonstrate the least appreciation for it. For over one hundred years now they have had several nations within a nation completely subsidized at taxpayer expense”something no other minorities have yet managed to wrangle out of the feds.

What has the Indian done with this unparalleled opportunity? Proved himself to be a genuinely noble creature by taking the plots of land and largesse to resurrect his literally mythic way of life? No, he built a parking lot of abandoned vehicles. Did he go the alternative route and demonstrate to his oppressor he could surpass him in worthwhile endeavor if given the opportunity? No, he got drunk on firewater. Did he insist on ennobling his Great Spirit through higher ideals and superior morality? No, he put up a casino and cutthroat loan-shark clip joints since he doesn”t have to compete under usury restrictions.

The Professional Indian is as good as everyone else. He merely needs special privileges to help him prove it.

Such is the reason for my little love note to the ignoble savages. Unsatisfied with demonstrating themselves wholly unworthy of the benefits which we so graciously bestowed upon them at the expense of our productive people, they inveigle ever more “considerations.”

The Sioux are contesting the United States government to recover “their” supposedly sacred Black Hills. No one ever asks whence the Sioux originated (which would be the Great Lakes region). Nor do they explain how such prime real estate was totally uninhabited when Sioux arrived. (It wasn”t.)

The Arikara Indians were there, then the Cheyenne, then the Crow, then the Kiowa, then the Pawnee, and finally the Sioux. And those peaceful latecomers didn”t ever harm any of these earlier tribes or any of those unfortunate enough to wander their way afterward.