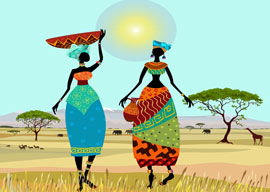 As the topic of race continues to pop up in the news now and then, what with the Los Angeles Clippers imbroglio and whatnot, it’s worth reconsidering the conventional wisdom on the subject, which has congealed into: “Race does not biologically exist because, uh … Science!”

Nicholas Wade, the New York Times“ chief genetics reporter, has published 1,052 articles in the newspaper of record since 1983. For most of this century, Wade has been methodically waging war in the Science section of the NYT against the liberal creationist myth that race isn”t real. He has now written a definitive book on the existence of biological differences among races, A Troublesome Inheritance: Genes, Race and Human History, which will be published on May 6.

In his new book, Wade writes:

Ever since the first modern humans dispersed from the ancestral homeland in northeast Africa … the populations on each continent have evolved largely independently of one another as each adapted to its regional environment. … Because of these divisions in the human population, anyone interested in recent human evolution is almost inevitably studying human races, whether they wish to or not.

To Wade, race isn”t just skin deep. In fact, he finds the visual differences between races less significant than the behavioral. Evolution’s strategy for adapting to radically different environments is to “keep the human body much the same but change the social behavior.”

For example, in one study, the variant of the MAO-A gene most associated with aggression and delinquency was found in 5.2 percent of a sample of black males but only 0.1 percent of Caucasian males, which may explain a lot.

“The inability of a first-rate reporter like Wade, ensconced in the seeming bully pulpit of the New York Times, to make much of an impact makes for a fascinating case study of the zeitgeist’s power to cloud the minds of men.”

Wade has also written Times editorials, such as this 2011 one about the perfidiousness of the 1981 bestseller The Mismeasure of Man by the late Stephen Jay Gould, arch-druid of anti-Darwinian obscurantism. “It takes only a few vigilantes to cow the whole campus,” Wade notes on the baleful impact of witch-sniffers, of whom Gould was one of the first in the 1970s when he led the mob after Harvard colleague Edward O. Wilson.

In his new book, Wade quotes economist Paul Samuelson’s famous assertion that knowledge advances funeral by funeral. And yet a dozen years after Gould’s funeral, the expert on crabs with a sonorous prose style is still cited as an unimpeachable authority on everything; worse, practically nobody has even noticed Wade’s dozen-year campaign to undermine the antiscience orthodoxy.

The inability of a first-rate reporter like Wade, ensconced in the seeming bully pulpit of the New York Times, to make much of an impact makes for a fascinating case study of the zeitgeist’s power to cloud the minds of men.

I first documented what Wade was saying about race in the NYT at VDARE.com in 2003, then returned to the subject in 2006 when reviewing Wade’s book on prehistory, Before the Dawn. But I scratch out a living by reading very closely, so I notice things.

Wade says with some frustration in his latest book:

The fact that human evolution has been recent, copious, and regional is not widely recognized, even though it has now been reported by many articles in the literature of genetics. The reason is in part that the knowledge is so new and in part because it raises awkward challenges to deeply held conventional wisdom.

As a nonfiction writer, Wade is congenitally allergic to the kind of human interest padding that makes people believe whatever message Michael Lewis or Malcolm Gladwell decides to peddle. You know how popular science articles always include a description of the researcher’s looks, personality, and laboratory, as if that were relevant? Well, Wade refuses to pander. If somebody’s theory and evidence are good, then he doesn”t care who said it or what kind of car he drives.

A Troublesome Inheritance is based in sizable part on the work of a rogue’s gallery of crimethinkers such as Gregory Cochran on Jewish IQ, Richard Lynn on global IQ, Ron Unz on Chinese Social Darwinism, Gregory Clark on the evolution of the bourgeois virtues among the English, and Steven Pinker on the decline in violence. Personally, I know some of these people, which is helpful in reading Wade since he won”t tell the reader anything, even though some of them are pretty interesting. For example, during his anthropology fieldwork, Henry Harpending found he loved life in Africa so much that he almost quit academia to become a great white hunter, guiding safaris. (Here’s Henry’s tale of stalking that most dangerous of beasts, the Cape buffalo.)