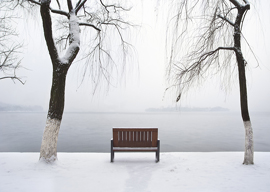 Nations throughout the West have come to view loneliness as an epidemic, for it is increasingly a source of anxiety and unhappiness, and is widely believed to exacerbate health problems. Since there’s not a problem a government can’t fix, according to human hubris, England has even gone so far as to appoint a loneliness minister—a very strange and cynically amusing phrase. One wonders what would motivate Miss Tracey Crouch to take such a daunting job. Perhaps she was lonely.

It is an interesting question, how this epidemic has come about. I think the primary explanation is this: Where in the past, relationships were determined by need and certain customs that had grown up around it, this is no longer so, or anyway, not nearly to the degree that it used to be. Now the individual and his choices are sovereign. But given the egotism and inconstancy of human nature, this approach does not work. A great many people end up alone.

Consider, for example, the nature of the typical romantic relationship today. A man and a woman each have certain expectations, wants, and hopes in regard to the other person. Whether these things are realistic or not—and in many instances they are not—another person is perceived and, what is more, evaluated as a means to them. Now, it does not follow, to be sure, that there is nothing to the relationship but sheer instrumentalism. There is still a good deal of self-sacrifice and altruism between men and women. But nevertheless, both observation of others and introspection of ourselves support, I think, the belief that the means-and-end business constitutes much of eros today.

“Our country is increasingly diverse, and among the many unfortunate consequences is that people withdraw into themselves.”

Nor is that anything new in human history. What is new is individual sovereignty, and this is where countless difficulties arise. Before long the person of whom we are so fond presents us with all manner of frailty. In that respect, he or she is probably no different from us. But such is the selfishness of our nature that we are naturally bothered more by others’ failings than our own. Indeed, in many cases we are unaware of the latter, and that willfully. Again, the person who formerly seemed so kind and generous now seems cold and stingy—a change that does not mean he or she is not still kind and generous, at times. Or we confront some other contradiction in his or her character. In short, people are inexhaustible in their complexity, and at some point we must confront the inconstancy that can make them so dangerous to rely on. Though we don’t stop needing other people just because we find that they are imperfect, still many people today choose to end a relationship for that reason. “Time to do me.” But ah, what had you been doing all along?

This attitude represents a profound difference from the past, and here the most instructive example is marriage, which is in free fall and without any sign that the trend won’t continue. Women used to quite literally need men. Now they don’t, and so they, the more powerful sex in the romantic sphere, file for seven out of ten divorces. More precisely, women no longer need individual men. Men as a group remain as indispensable as ever, because they design, build, maintain, and repair the entire infrastructure of civilization. Men also pay much more into the welfare state than women, who get much more from it than men do. The extraction of resources from men for the child support system is also essential to women. Finally, there is the mostly male military, which, like the police, is generally unappreciated by men and women alike.

Another major source of loneliness is diversity. As Thomas Sowell has often said, diversity is an idea that many people praise—without ever showing what good it does anyone. Despite the sentimentally rosy conception of human nature that leftists, in their weak fear of the dark truth, want us to have, the reality is that we tend to be either indifferent or hostile toward people who are unlike us. The political scientist Robert Putnam discovered that diversity leads to corrosive distrust and anomie. Like a good liberal, he ignored the fruit of his research for five years and, once he did publish it, put an absurd social-constructionist spin on it: the point being that these grim effects need not be the case; rather, through social welfare programs, they can be avoided, although it is unclear why that didn’t happen to begin with. In the past, people were generally born into a culture that was more ethnically homogeneous and therefore more coherent with respect to how people lived than is common in much of the West today. Men and women simply found themselves among persons who shared their values and interests. Unlike in our bizarre politics, it was not necessary to argue about why a grown man who thinks he is a woman should or should not be permitted to shower among girls and women. Our country is increasingly diverse, and among the many unfortunate consequences is that people withdraw into themselves. Quite a lonely condition.

People used to justify their way of life in terms of religion, which has long been a source of social bonding. The decline of religion has produced a need for new, or at least different, forms of value. For many, this takes the forms of status climbing and a variety of pleasures. People are to be “upwardly mobile,” and if to that end you need to move to Timbuktu, well then, so be it. No matter about your friends and family in the local community (assuming you actually had one). But neither being well regarded by others nor ephemeral sensations, it is found, can compensate for loneliness. In childhood, most of us are fortunate to experience unconditional love. That is, perhaps, a desire that never goes away. Yet, to the extent that we are free to choose, where relations used to be bound by need and customs rooted therein, we may find that love elusive. The old conventions—say, about dating and sex and marriage out of wedlock—provided a certain inherited script for people to follow. No doubt it sometimes felt oppressive in certain ways. Still, there was more fellowship and solidarity in it, because people were dependent on one another. May we not reasonably assume they were also a bit happier then, on average? Not all freedom is worth having. One looks at the opiate crisis and sees a symptom of lonely despair.