The Lost Art of Stasis 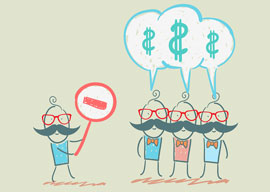 It’s coming up to new laptop time, so I headed down to Best Buy. All they had were Windows 8 machines. The assistant gave me a tour of this new operating system. It was different from Windows 7, which I’ve been working with happily for two years”a lot different. I don’t want something that different. I don’t mind an upgrade with a few neat new features, but why do they have to change everything?

I left without buying. Googling around, it looks like I made the right decision. Discounting for the boosters”Microsoft Corp. has lots of money, and they spread it around”it really seems that Windows 8 is a dog. They tried to pack a tablet-type OS and a familiar laptop OS into one package, and that kind of thing never works. (Those may not be the only things they packed in there.) It’s like putting out a vehicle that’s a family sedan and a pickup truck.

That’s not to say anything against tablets. I’m sure they are very handy things. They are, though, as the marketing for those Apple Macintosh gizmos used to boast, for the rest of you. Computer-wise, I’m a pickup-truck guy. I want to get some work done: fiddle with my file system, run the occasional .NET program, tweak a Registry key.

“I don’t mind an upgrade with a few neat new features, but why do they have to change everything?”

I can do all this just fine with Windows 7. Why did they have upend it? Give the tablet people their own OS and leave us working stiffs with what we know. What was wrong with Windows 7? What, for that matter, was wrong with XP (once you reconciled yourself to it)? I don’t bother with half the stuff in Windows 7. What, that I give a fig about, does a *.docx file have that a *.doc file doesn’t? I pass in silence over Vista. Come to think of it, DOS 2.0 was pretty neat….

It’s the same with politics. (Sorry, should have warned you about the sharp turn there. You OK? Put some ice on that when you get home.) They just won’t leave anything alone. Was our healthcare system really so bad that it needed a root-and-branch overhaul? Sure, there were lots of uninsured people, but they all got treated on the public fisc, didn’t they? This will continue to be the case, since they can’t afford medical care at cost.

Immigration? Don’t get me started. Why does it need reforming? We have all the laws we need. We just don’t enforce them because it pays politicians”in donor cash and race-lobby votes”to make sure we don’t. That too will continue to be the case under the new War and Peace-sized legislation. Vast political ructions; legions of analysts working out details; thousands of hours of legislative time; whole new industries of advisors and consultants springing up to help us manage it; all for nothing much.

We have reached a point of diminishing returns in our public life. Hardly anything actually needs doing. We may in fact be past that point; not only does nothing much need doing, but we’d benefit if much of what has been done were to be undone. What useful work can I do with Windows 8 that I couldn’t do with XP?

Politicians make a living”a very grand living indeed at the higher levels”by saying there are things wrong that need fixing. Are there, though?

Bill Thompson, running for Mayor of New York City, told city voters recently that one of every four city schoolchildren goes to bed hungry each night. Setting aside the temptation to respond to this the way we used to when parents nagged us to eat our vegetables because little children were starving in India”“Name one!””I really have to ask: Does Thompson believe this?

Are rickets, scurvy, pellagra, and kwashiorkor really features of life in the Big Apple, where federal welfare programs are supplemented with extra handouts from the state and city?