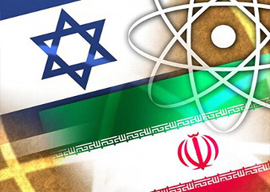 Thucydides carefully structured his Peloponnesian War history as a cautionary tale about the moral decay that accompanies abuses of imperial power. “It is a general and necessary law of nature to rule whatever one can,” said the Athenians blandly to the denizens of Melos before slaughtering them. (The tiny island of Melos, a Spartan colony, had refused to join an alliance with Athens in 416 BC, so the civilized Athenians punished innocent civilians by killing all the men and selling the women and children into slavery.) Athens was a direct democracy, whereas Sparta was a militaristic oligarchy, yet it was Athens that abused her power once the great Pericles had died of the plague and was replaced by the demagogue and total hawk Cleon.

Cleon, and after him Alcibiades, were the first neocons: greedy, eager to send great men such as Nicias to their death in Sicily (along with the Athenian fleet), and distasteful of compromise so long as others did the dying. Cleon had the opportunity to make peace in 424 BC, but he brashly broke off peace talks despite the pleadings of his great rival, the pious and cautious Nicias.

Picture George W. Bush as Cleon (at least the Athenian had the decency to die in battle, unlike W.), Ron Paul as Nicias, and Alcibiades as Cheney, and you can look into a crystal ball for the next fifty years down the Middle East road.

“Any clear-thinking person would realize that courting diplomatic cooperation from Russia and Iran could stop the war in Syria overnight.”

Mighty Uncle Sam, the lone superpower, is going Athenian in his arrogance as he plods on in the Middle East, compounding his catastrophic and criminal actions in Iraq by eyeing Iran and Syria as his next targets. What I don’t understand is how normally clear thinkers such as William Hague can play the role of the chorus, repeating ad nauseam Netanyahu’s ravings about existential threats to Israel, the Middle East’s only nuclear-armed power.

Disgracefully, the Western media is echoing the Likudists. If it weren’t for the Israeli lobby in DC, the warmongering Likudists in Tel Aviv, money from the Saudis and Qatar, and the neocon sofa samurai in the American media, any clear-thinking person would realize that courting diplomatic cooperation from Russia and Iran could stop the war in Syria overnight.

But it’s not about to happen. The kleptocracies of the Gulf and Saudi Arabia are Sunni, and they want the Alawite Assad out. The Qatar-based Al Jazeera is skewering the news and banging the war drums louder and louder, with the Western media following in step without missing a beat.

What is the Western interest in the fall of a very unpleasant but (until recently) stable regime in the Middle East? This question would stump the Delphic Oracle, and then some. In 1991, George H. W. Bush recruited the elder Assad into his Desert Storm coalition to liberate Kuwait. Damascus sent thousands of troops. Assad was promised a land-for-peace deal on the Golan Heights. He got zero, natch. Now his son stands in the way of a Syrian-Iraqi Islamic state as choreographed by al-Qaeda, yet it’s the West that’s siding with the terrorists. Go figure, as Pericles never said.