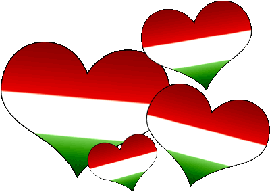 All of the chatter about the euro obscures another important news item out of the mother continent: the reaction in Europe and the United States to the new Hungarian Constitution which took effect January 1. The brainchild of the ruling conservative Fidesz Party, the document replaces the 1949 communist-era one. The uproar has been tremendous.

Part of the negative reaction stems from Hungary’s neighbors and is rooted in the region’s convoluted history. The 1920 Treaty of Trianon which ended Hungary’s role in World War I reduced the prewar Kingdom of Hungary to a fragment encompassing the country’s central (and overwhelmingly Magyar) core. Large Magyar minorities became part of successor states such as Yugoslavia, Romania, and Czechoslovakia. For the Hungarians this was a mutilation of their homeland involving the separation of thousands of their compatriots from the motherland. For the former minorities it was liberation from the Magyar yoke. These opposing narratives resemble the Anglo-Irish, Serbo-Croatian, and Russo-Polish disputes. They arouse intense passions among the participants but are difficult for outsiders to comprehend.

“What if Hungary succeeds in saving herself culturally and demographically and her neighbors follow her lead?”

For Hungary’s neighbors, Magyar irredentism has been a great fear since 1920, partly borne out by Hungary’s temporary expansion as a German ally in World War II. To these people, the fact that the new constitution makes all Magyars outside of Hungary eligible for citizenship and voting seems to indicate a desire to retake the lost territories. For many or most of the Hungarians themselves, the name change simply reflects a desire to reject the communist era. The constitution’s “right of return“ merely emulates that granted by many other countries to descendants of their citizens abroad.

That prince of faceless bureaucrats, former Belgian Prime Minister Guy Verhofstadt, worked himself up into a rare emotional lather over it. Hillary Clinton condemned it on behalf of you and me. As the Hunsor Observer puts it:

The gravest crime Orban’s government is accused of is cultural and religious. In the preamble to the Constitution or “Basic Law,” there is mention made of God. Still worse, it makes reference to Christianity in particular as part of Hungary’s heritage. Furthermore, the Constitution defines marriage as “the union of a man and a woman established by voluntary decision” and “protects the institution of family as the foundation of the subsistence of the nation”; even goes so far as to state that “the life of the fetus shall be protected from the moment of conception.” It is here that Hungary’s government crossed the “red line” of what may be tolerated in modern Europe.