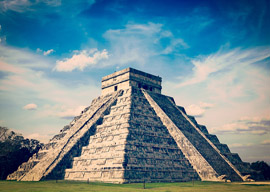 Why does Donald Trump dumb down his speeches?

For a clue, consider how badly the elite media continues to miss the point of the most notorious thing he ever said, this infinitely denounced passage in his June 16, 2015, speech announcing his candidacy:

Obviously from context, Trump’s “They”re rapists” does not mean, as often alleged, “They”re all rapists.” Instead, he’s raising the apparently excessively subtle question: “Why, with all the world to choose from, do we let immigrate any rapists?”

After all, the Harvard admissions office doesn”t feel satisfied if they hold their rapist admission rate down to the national average. America is the Harvard of immigrant destination countries, so why should it import problem people?

But, to the press, that question seems inappropriate to ask. America isn”t worthy of high standards like Harvard is. Instead, the 7 billion citizens of foreign countries should be assumed to have a civil right, under the Zeroth Amendment to the Constitution, to move to America whenever they feel like it”especially if a majority of Americans don”t want them here.

Moreover, it’s striking how few in the press demonstrated any understanding of Trump’s statement “When Mexico sends its people, they”re not sending their best.”

The obvious question ought to be: Who is the “they” in that sentence?

“One reason that nobody in the U.S. pays attention to Mexico is because Mexican elites have wanted it that way.”

Clearly, Trump is accusing the Mexican ruling class”the politicians and billionaires like Carlos Slim, the largest single shareholder of The New York Times“of dumping their surplus population on the United States.

That Mexico’s elites are outmaneuvering America’s leaders strikes Trump as a bad thing. Yet, to the American media, the very existence of a Mexican ruling caste with interests different from those of American citizens doesn”t seem to register as a concept with which they are able to deal. Sure, Mexico is a country of over 120 million people that shares a 1,950-mile border with the U.S., but it’s not, you know, Israel when it comes to being important to American interests.

Slim is intermittently the richest man in the world, which could be thought an intriguingly curious phenomenon in a country that is supposed to be so poor that it would be a war crime to tell their illegal aliens to go home.

And Slim has close ties of blood and marriage to the fascist warlord clans of Lebanon that carried out some of the most notorious atrocities in recent Middle Eastern history. Yet that human-interest story never came up in the American press.

The New York Times, though, has been covering the Mexican ruling class” objections to Trump. For example:

President Enrique PeÃ±a Nieto likened the candidate’s language to that of Hitler and Mussolini in an interview with Mexico’s Excelsior newspaper.

But it hasn”t mentioned the dirty little secret of this whole contretemps. As one of the rare Mexican-American pundits, Ruben Navarette Jr., pointed out last summer:

They”re all hating on him now, but the fact is, when they”re just among themselves, Mexico’s elites roundly agree with The Donald on Mexican immigrants.

Of the many different reactions to Donald Trump’s inaccurate and insulting comments about how Mexican migrants to the United States come from the bottom of the barrel, one of the most interesting has been that of wealthy and powerful Mexican elites who are suddenly long on indignation and outrage but short on memory and self-awareness. That’s because Trump’s dismissive comments about how the United States has become a “dumping ground” for castaways from Mexico sound like something you”d hear bandied about at a Guadalajara country club or a fancy banquet in Mexico City.

This should not be a surprise to anybody who pays attention to Mexico even casually. As the great German naturalist Alexander von Humboldt pointed out in 1802: “Mexico is the country of inequality.”

A 1995 article in The Atlantic by Jorge G. CastaÃ±eda, who went on to become foreign minister in the early 2000s under Vicente Fox, warned Americans that illegal immigration is the Mexican ruling class” safety valve:

Any attempt to clamp down on immigration from the south”by sealing the border militarily, by forcing Mexico to deter its citizens from emigrating, or through some federal version of California’s Proposition 187″will make social peace in the barrios and pueblos of Mexico untenable.

Just as the Saudi royal family protects itself by dispatching its young Muslim fanatics to preach jihad in Europe, CastaÃ±eda asserted that Mexico’s ferocious inequality is made tolerable only by illegal emigration to the U.S. Without the open border, Mexico would dissolve into another revolution as vicious as the one a century ago that killed at least a million and sent refugees pouring into Texas.

You may wonder: Was CastaÃ±eda’s scenario ever really a risk? Is it still a concern? Or is it all a bluff by Mexico’s rich to avoid paying taxes? Trump, who has sold many a luxury condo to Mexican moguls and bureaucrats, doesn”t seem impressed. Even CastaÃ±eda couldn”t appear definitive, admitting in 1995:

And Mexico is unpredictable. Reportedly, the dictator Porfirio Diaz remarked, as he sailed for exile in France in 1911, “In Mexico nothing ever happens until it happens.” The country erupts sporadically and regionally because the inequities from which it suffers become at some point intolerable…. But the very inequality and segregation from which those eruptions spring make it impossible to foresee them.