The Money of Fools 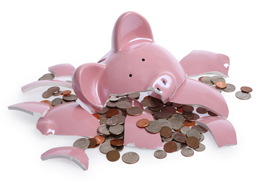 People often claim to have cultivated their inner child as if this were a good thing to have done. They are proud of it, in fact. The “inner child” that each of us supposedly has somewhere deep within his being retains his fundamental goodness and innocence: he is like the little boy who sees that the emperor has no clothes and has not yet become too worldly-wise, which is to say cynical, not to say so.

From my own recollections of childhood, I do not think childhood is quite like this. I do not think I was a particularly bad or wicked child, but I do not remember an age when I was not sometimes devious, deceitful where I thought that it was to my advantage to be so; cruel, malicious, bad-tempered, greedy, and envious. If there was a time of innocence, I don”t remember it, and I think, on the whole, I have improved since then.

But not completely. Ever since I started reviewing books and doing medico-legal work I have cultivated my inner pedant. The inner pedant in all, or at least in many, of us is that inner creature that takes delight in pointing out the errors of others, not so much because he loves truth as because he likes to advertise his own cleverness and knowledge. But of all the many forms of pride, that in knowledge and cleverness is the most vulgar, because knowledge and cleverness should lead to wisdom and modesty rather than pride. After all, knowledge is always finite, ignorance infinite, and this is true even for the most knowledgeable person in the world. In fact, it is obvious.

I try to keep my inner pedant under control and sometimes I succeed. For example, the other week I was reviewing a book about medical history, generally a very interesting book, but it had one howler. The author said that one of the main characters about whom he was writing met the Emperor Franz Josef in 1917, when in fact he had died in 1916. But to have mentioned this in the review would have been merely for the sake of showing off or establishing that I had read the book carefully; it would have told the general reader (at whom my review was aimed) nothing of value about the subject of the book, nor whether or not it was any good. It would have created an unfair impression of the author as careless and ill-informed, while in fact his book was a good one. I therefore passed over the error in silence. But I would not be telling the truth if I claimed that the detection of the error did not give me pleasure; somehow it put me in a more equal relationship with the author, who became fallible for me rather than omniscient.

But some errors are important, and one sees them more insistently the older one grows. For example, the other day I read an article in Le Monde about the forthcoming referendum in Scotland on independence from the United Kingdom. The author of the article was clearly sympathetic to the cause of independence, but that was not the cause of my irritation with the article, nor the fact that he quoted an old man, a former trade union militant, who said that he was in favor of independence, among other reasons, because the United Kingdom was the fourth most unequal country in the world. If old men in Scotland can be as ignorant of the world as that, it is an interesting sociological observation; and the author of the article is almost certainly right that those in favor of Scottish independence favor a state even more extensive in the name of equality than the one that they already have.

No, I was irritated rather by the fact that the author of the article accepted that the policy of the present British government can properly be described as one of austerity. What the alleged austerity amounts to is this: that in the current year the government will borrow only one in six of the pounds it spends instead of one in five, as it did last year. As to the reasons for this less than startling decline in its borrowing requirements, it was not because the government was spending less but because it was receiving more taxes, from the speculative housing bubble which it has done much to fuel. If that bubble should burst, the borrowing necessary to maintain current levels of expenditure (already very high) would rise again, possibly higher than ever.