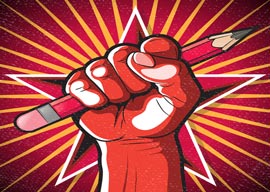 Professor Monroe Freedman of Hofstra University died last week, and the irony is, I wouldn”t have known about it had I not been scouring Google in an attempt to kill a rapidly-spreading phony Internet meme that indirectly pertained to his work.

Freedman was a well-known figure, and an occasional pen-pal of mine. My ignorance of his death came not from lack of public in memoriams, but rather from the fact that I just don”t get around much anymore. The man who once pole-danced half-naked as a clown now finds plenty of excitement in uncapping his bottle of heart meds without getting an aneurysm (I speak of myself here, not Prof. Freedman, whose pole dancing routine was always performed fully-clothed).

Freedman was the first executive director of the United States Holocaust Memorial Museum. He was dean of Hofstra’s law school. As a lawyer, he was a self-described ambulance chaser (“I believe that there is a professional responsibility on the part of lawyers to chase ambulances” he told “60 Minutes” in 1994), and a vocal proponent of the responsibility of defense attorneys to fight vigorously for their clients (for better or worse, Freedman defined “vigorous defense” as “remain silent if you know your client is about to lie on the stand”). In the 1970s, he successfully lobbied the ABA to lift its ban on allowing lawyers to advertise (“Monroe Freedman got me 2.1 million dollars!”). Alan Dershowitz said of Freedman, “He invented legal ethics as a serious academic subject.”

“When the anti-“hate speech” law comes, it won”t come in the form of a foaming-at-the-mouth, purposely over-the-top caricature created by an Internet troll.”

Yawn. I”m already bored by this piece, and I”m writing the damn thing.

So here’s where it (hopefully) gets interesting. Freedman may be gone, but his ghost lingers in more than just the tacky 1-800 lawyer commercials fat people see while watching Judge Judy. Back in 1988, Monroe Freedman hatched an idea: Would it be possible to draft a constitutionally-acceptable law banning speech that offends racial, religious, and ethnic minorities? A law that would restrict “hate speech” in general, and Holocaust revisionism specifically.

Could it be done?

In a December 2003 email, Freedman told me he undertook the effort mainly because people told him it was impossible. No anti-“hate speech” statute would pass muster with the high court. Freedman’s answer was, “not now, maybe. But the court changes with its justices.”

So, back in November 1987, Freedman put the word out. He established a reward offer ($1,200, or about $3,000 in today’s dollars) for the law student who could draft what he was looking for. This notice went to law schools around the country:

“We are looking for a model statute outlawing group defamation, that is, one that would permit prior restraint by public officials of speech that is defamatory of any minority group. The statute should be as broad as the drafters conclude is constitutionally permissible or, at least, arguably permissible; at the same time, it should include whatever limitations or conditions are considered essential to satisfy constitutional requirements.”

At a conference in April 1988, a “model statute” was selected, written for Freedman by then-law student Joseph Ribakoff (who has since been disbarred for a variety of criminal offences). The statute was tested in a moot court with Columbia Law School Vice Dean (and former Director-Counsel of the NAACP) Jack Greenberg acting as prosecutor, and Alan Dershowitz acting for the defense. The judges were Abner Mikva of the U.S. Court of Appeals for the District of Columbia, and Amalya Kearse of the U.S. Court of Appeals for the Second Circuit.

The statute was upheld in moot court. It passed the test, just as Freedman had hoped.