The Mystery of Socialism’s Enduring Appeal 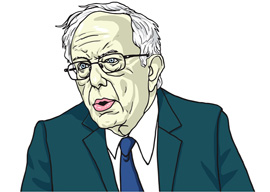 This is very strange. I left the old continent a disunited mess, with African immigrants overrunning the place and an unelected and unaccountable bureaucratic elite using the media to inform the peasants that everything is hunky-dory. I arrived in the good old US of A and was informed by the media that the country was falling apart, that it was one step away from total disaster, but saw firsthand that not only was it not, but in a time of crisis it acted united like always before.

So what’s going on here? Are the anti-Trump media elite pulling the wool over our eyes and creating chaos, just as their counterparts in Europe refuse to acknowledge the chaos that open borders are creating? Well, let’s face it, there are those who feel some fellow Americans should not have any rights, in fact should not exist at all, as Ms. Hayley Geftman-Gold, for example, put it in an e-mail. Geftman-Gold was a CBS executive, part of the media elite who think Trump voters should be disenfranchised, or better yet, should drop dead. After the Las Vegas massacre, Ms. Gold wrote the following charming message: “I have no hope that the [Republicans] will ever do the right thing. I’m actually not even sympathetic [because] country music fans often are Republican gun toters.”

To be fair to CBS, the harridan was let go, but had it been the other way around—say, a Christian nut shooting at a Black Lives Matter rally—she would have been prosecuted and sent to jail for life, no ifs or buts about it. Oh well, double standards are nothing new nowadays, especially when it comes to the seven deadly sinners: The New York Times, The Washington Post, CBS, NBC, ABC, CNN, and ESPN, all seven having the time of their lives creating anti-white, anti-Trump, and anti-male news, or, from the mouth of our 45th president—when he’s not putting his foot in it—Fake News.

“As a European who is an American citizen and spends half the year over here, I am surprised at how different we Europeans and we Americans really are.”

As a European who is an American citizen and spends half the year over here, I am surprised at how different we Europeans and we Americans really are. We Europeans mostly loathe each other, snub each other, and feel united only in our envy for the Big Bully, poor old Uncle Sam. Whereas we Americans hear and read all day how disunited we are, how oppressed our womenfolk are, what racists and sexists we are, yet our stadiums are filled to the brim every weekend with mostly white men and women cheering their lungs out for mostly black athletes. Go figure, as they don’t say in Brussels.

And speaking of that rainy Belgian capital, its Flemish-speaking people in the north of that ludicrous country, the ones who make all the money, want to keep their wealth to themselves and stop sending it to the lazy Walloons, who are known as the greatest sex perverts in Europe. Ditto with Catalonia in Spain, Veneto in the north of Italy, and Corsica south of mainland France. We all remember Yugoslavia and what ensued after the fall of communism. The only ones who managed to separate peacefully were the Czechs and the Slovaks, but they are the exception. The rule is that Brits hate Germans, all Europeans loathe the French, and nobody takes Italians seriously. Greeks and Portuguese are tolerated by the powers-that-be in Brussels, and Germans are respected as long as they pick up the checks. A tiny rat of a man who is drunk quite a lot of the time, Jean-Claude Juncker, runs the E.U. and tells elected governments what to do. This little accountant could not manage to match incomings and outgoings for a hot dog stand in Central Park, yet he’s the biggest shot in the shoddiest dictatorship in Europe, that of the E.U.

Over on this side, the only thing that surprises me is the mystery of socialism’s enduring appeal. Here we are in 2017 and the Democratic Party is contemplating moving to the left while selling the same snake oil that hucksters in Europe have been peddling for one hundred years. Socialism has failed everywhere, and socialist economics have nearly always produced widespread starvation, present-day Venezuela being a perfect example as Venezuelans were recently advised to eat their pet rabbits. Cuba, Cambodia, the Soviet Union, Eastern Europe until 1989—you name the place, socialism has failed. Yet the Brits, who have never had it so good, are close to electing an arch-socialist to power, and in the United States supporters of Hillary Clinton are being pushed aside by supporters of the dreadful Bernie Sanders, a snake-oil salesman if there ever was one. Is historical ignorance the reason? No one could be that stupid. I think it’s the influence of the media, which has painted everything that is good about this country suspect, and of course of Hollywood and TV. When was the last time you watched a show with a priest who didn’t abuse children on it?

What we need is for schools to teach elementary history, like the hundreds of millions who died under such socialist leaders as Stalin and Mao. Instead our children and grandchildren are taught about the evils of the great Robert E. Lee and Christopher Columbus. Again, go figure.