The Myth of Equality 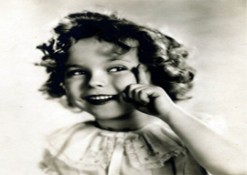 In 21st century America, institutional racism and sexism remain great twin evils to be eradicated on our long journey to the wonderful world where, at last, all are equal.

What are we to make, then, of a profession that rewards workers with fame and fortune, yet discriminates ruthlessly against women; an institution where Hispanics and Asians, 20 percent of the U.S. population, are neither sought after nor widely seen.

We are talking of the NFL.

In figures reported by columnist Walter Williams, not only are black males 77 percent of the National Basketball Association, they are 67 percent of the players in the NFL.

Yet no one objects that women are not permitted to compete in the NFL. Nor do many object to the paucity of Asian and Mexicans, or the over-representation of blacks, even as white males dominate the National Hockey League and the PGA.

When it comes to artistic ability, musical ability, acting ability, athletic ability, Americans accept the reality of inequality. We are not all born equal, other than in our God-given and constitutional rights.

We are not all equally gifted. There are prodigies like pianist Van Cliburn, chess wizard Bobby Fischer, actress Shirley Temple. Every kid halfway through first grade knows who can spell and sing and who cannot, and who is bright and talented and athletic, and who is not.

“America has invested trillions in education with a primary goal of equalizing test scores among the races and genders. It has been a waste—an immense transfer of wealth from private citizens to an education industry that has grown bloated while failing us again and again.”

What most Americans seek is a level playing field on which all compete equally, for what we ultimately seek is excellence, not equality.

Why, then, cannot our elites accept that, be it by nature, nurture, attitude or aptitude, we are not all equal in academic ability?

What raises this issue is the anguish evident in New York over the latest state test scores of public school students, which reveal that the ballyhooed progress in closing the racial achievement gap never happened.

That gap approached closure only by lowering the pass-fail score and by using similar tests, year-after-year, so teachers could prepare the kids to take them.

After a new, tougher state test was used in 2010, where 51 correct answers, not 37, meant achieving the desired grade, the old gaps between Hispanics, blacks, whites and Asians reappeared as wide as they were when Mayor Michael Bloomberg and city schools chief Joel Klein set out to close them.

“We are closing the shameful achievement gap faster than ever,” blared Bloomberg in 2009, in the euphoria of what The New York Times now calls “the test score bubble.”

Appalling, when one considers New York City usually ranks first or second in the nation in per-pupil expenditures.

One in six African-American fourth-grade kids is making the grade.

How many scores of billions did this pathetic gain cost us?

Since 1965, America has invested trillions in education with a primary goal of equalizing test scores among the races and genders. Measured by U.S. test scores, it has been a waste—an immense transfer of wealth from private citizens to an education industry that has grown bloated while failing us again and again.

Perhaps it is time to abandon the goal of educational equality as utopian—i.e. unattainable—and to focus, as we do in sports and art, on excellence.

Teach all kids to the limit of their ability, while recognizing that all are not equal in their ability to read, write, learn, compute or debate, any more than they are equally able to play in a band or excel on a ball field. For an indeterminate future, Mexican kids are not going to match Asian kids in math.

The beginning of wisdom is to recognize this world as it is, not as what we would wish it to be.