The Myth of Poverty 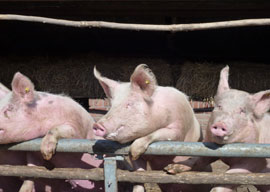 Some rich brats at Salon were recently bitching about the “GOP-shredded safety net” they claim has forced moms into the workplace. In a typical example of bourgeois naivetÃ©, they assume it’s the libertarian lack of government that’s keeping us poor and tearing apart families.

This is false for at least three reasons. One, the government can’t create wealth. It can only make people poorer. Two, the poorest we have are single moms, and it’s the left that glorifies that lifestyle, not the right. And three, the poor aren’t even that poor.

Despite a hundred years of evidence that big government equals big losses, people still think that welfare works. Even many Republicans say tax dollars were well spent in FDR’s New Deal, despite the fact that Reason exposed how it made conditions worse for blacks. Work and government are diametrically opposed. The less work they do, the more jobs we have.

One of the only sane responses to my insistence that women would rather stay home was, “Yes we would, but we can’t afford it.” We’re told families need two incomes to stay above the poverty line. Why? You’re already paying rent for your place. Add another person in there and all you need are more groceries. And if you don’t eat shitty food, groceries are still pretty cheap. Judging from the size of your average American poor person, they’re not exactly starving to death. As John Stossel asked in a recent episode, “So our biggest problem is that our poor eat too much?”

“Asking for something is not the same thing as needing it.”

When we think of true poverty, the famous picture of the migrant mother in the Dust Bowl comes to mind, but today’s poor look more like Honey Boo Boo’s mom. They live in big houses or subsidized apartments. They play video games. They watch TV on a massive screen and they stuff their faces.

I grew up middle class in the suburban 1970s and our lifestyle then would be considered dirt-poor today. We had one black-and-white TV, one phone, and no air conditioning. If you check the welfare lineup today, you’ll be hard pressed to find anyone living under those conditions. We had one car while growing up and my mom used it once a week to go get groceries. When my jeans got a hole in the knee, she’d iron on a patch. We only got presents on our birthday or Christmas and if it was something big like a bike, you’d be delirious with gratitude.

Being a single mom whose man walked out on her is about the worst financial situation a family can be in, but Democrats and the liberal media consistently turn a blind eye to the 70% single-parent rate among blacks and choose to sing “Sisters are doing it for themselves” instead.

I contacted a single mom in the Puerto Rican neighborhood next to mine in Brooklyn and asked her how much welfare money she gets. She told me she gets $400 a month, but the state handles 90% of her rent and food stamps handle about the same percentage of her grocery bills. She claimed she had to clean the occasional apartment for extra cash and I took her word for it that there was no extra boyfriend income feathering her nest. She told me it’s a myth that women get lots of money for having kids, as the state only adds $125/month per kid. She said scamming among other single moms was rare but admits she’s seen a few who get up to $800 a month in food stamps. This sounds like a dumb way to scam the state until you realize many will exchange the food for cash. Many Dominican moms use their stamps to send barrels of food back to their homeland.

They do it so often that grocery stores will supply the barrels themselves. The Dominicans they send it to don’t eat it. They sell it. So $400 a month after expenses is about as bad as it gets. The woman I spoke to has kids who have several times the creature comforts I had as a kid. They get just enough to get by, which means it’s just enough to continue the single-mother welfare pattern forever. Many Hispanic kids in the projects will be third-generation welfare. Can you imagine not knowing any relatives who ever had a job, including your grandparents? Many assume denying benefits like free lunches will lead to more hungry kids, but studies show there is little incentive to improve your standards when you’re being paid to squeeze by. According to TIME magazine, a recent Harvard study discovered “people are most likely to find a job just as their unemployment benefits run out.”