The Nazi Kid From Brooklyn 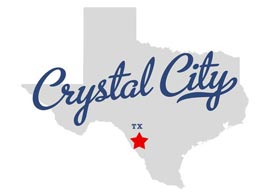 History must always be remembered, except when it shouldn”t. No one will ever claim that adage, but many people adhere to it, one way or another. Pity the person with a history that disturbs a popular narrative. In the blink of an eye, “never forget” can become “never remind.”

The fuss over Trump’s comments will eventually ebb. Of more interest to me is how the episode proved, once again, that while the story of the 71,000 Japanese-Americans who were relocated, and the 35,000 Japanese aliens who were interned (in a previous piece, I explained the difference), is classified under “never forget,” the story of the approximately 14,000 German- and Italian-Americans and aliens interned during the war is officially filed under “never remind.”

Meet Arthur Jacobs. He’s the poster boy for “doesn”t fit the narrative.” Not coincidentally, he’s also the poster boy for getting your nads kicked by your own government for eighty years just because you”re of German descent. You know what he isn”t the poster boy for? “White privilege.” Jacobs” story personifies why the ordeal of interned German-Americans and aliens during World War II was sometimes worse than what the Japanese internees went through.

Arthur Jacobs” parents moved to the U.S. from Germany in the 1920s. They were pretty much your standard German Christian immigrants, looking to start a new life in New York. They became legal residents, and had two sons. Arthur was born in Brooklyn in 1933. His parents mandated that English be spoken around the house, so Arthur grew up knowing only scant German. He was a typical Brooklyn kid: school, sports, and scrap-metal drives when the war broke out. But the FDR administration had other plans.

“Just like in that American-administered dungeon in occupied Germany when he was twelve, Arthur Jacobs is once again called a Nazi simply for being of German descent.”

After Pearl Harbor, all “enemy aliens” (noncitizens from Axis countries) had to register with their local “enemy alien hearing board.” Jacobs” father was interviewed by the board, and it was unanimously determined that he posed no threat, and that internment was not necessary. The Jacobs family felt that they”d dodged a bullet, but, in fact, they were just a bit farther downrange than they thought. What the Jacobs family, and thousands of other German-American families, didn”t know was that the Roosevelt administration had created a secret, shadowy entity within the State Department called the “Special War Problems Division” (SWPD), which was charged with rounding up aliens and their families for use as hostages should any need arise to bargain for Americans captured by Axis forces. Some aliens already cleared by the enemy aliens board were to be interned anyway, because the goal of the SWPD wasn”t national security, but to collect potential pawns.

Art and his family were sent to a temporary internment center at Ellis Island (pause for irony), and then they were sent by train to an internment camp in Crystal City, Tex. (the “Spinach Capital of the World,” complete with a giant statue of Popeye in the city center). Having traded the Statue of Liberty’s benevolent gaze for Popeye’s threatening fists, the Jacobs family settled in at the Crystal City camp, which was roughly divided between German and Japanese internees. And while the Japanese inmates would eventually be freed, for some of the German inmates, the worst was yet to come.

After the war was over, and the need for “hostage exchanges” had long passed, infamous buck-stopper Harry Truman decided, “To hell with it, let’s send “em to Germany anyway.” And with that, German internees, including the Jacobs family, were loaded onto a ship and sent “home.” For Art’s parents, this was repatriation. But for 12-year-old Art and his brother, this was expatriation. They were U.S. citizens being sent to the country of their parents” birth. And by Democrats, mind you”the same party that now claims that the principle of “birthright citizenship” is sacred (at least when it comes to Mexicans).

On a worn-out ship crossing the Atlantic, the Jacobs family tried to look on the bright side. Sure, they were being sent to war-ravaged Germany, which, during the “Morgenthau Winter” of “45/”46, was experiencing food shortages, disease, and starvation, but at least the U.S. government promised they”d be free. Needless to say, the government lied; “Give “em Hell Harry” was about to do just that. Upon arriving in U.S.-administered Germany, the family was split up and Arthur was thrown into a dungeon. No, I”m not being overdramatic. The entire family was imprisoned (separately), and Art got the worst of it, landing in a dank cell in a 500-year-old fortress called Hohenasperg, which was being used as a prison. The U.S. guards routinely harangued the kid from Brooklyn as a “Nazi,” repeatedly threatening execution by hanging should he disobey the rules. Remember”Jacobs had never been accused of any crime beyond having German parents. Oh, and he was twelve.

Eventually, the U.S. dumped Art and his brother on the street (the parents remained imprisoned). All throughout winter, Art struggled to find food. In his self-published autobiography, he recounts the temptation to give up, to just lie down in the snow and die. But eventually his fortunes changed when a group of U.S. servicemen noticed this kid with a Brooklyn accent begging for work and food. They found him employment (digging graves for less fortunate Germans), and, by the end of 1947, the wife of an Army officer arranged for the Jacobs boys to go back to the U.S. to live with a foster family in Kansas. Art finished school and enlisted, the fond memories of the soldiers who saved him outweighing the fact that his own government had essentially tried to kill him. After serving nearly twenty-five years in the Air Force and retiring with the rank of major, he settled into a teaching position at ASU. Little did he know, the nad-kicking was not over yet.

A monument dedicated in 1985 at the site of the Crystal City camp left out any mention of the German internees. In 1988, Congress passed the “Civil Liberties Act,” apportioning $1.6 billion in reparations to Japanese internees. A formal apology was also issued. But the German and Italian internees were left out completely. Jacobs brought suit, claiming the law was discriminatory (his attorney in the case was Greta Van Susteren). Every major Japanese-American organization in the country opposed Jacobs” suit; they wanted sole proprietorship of the victimization. Jacobs was being opposed by some of the very people he had gotten to know in the camp as children. The U.S. District Court, District of Columbia, ruled against Jacobs, claiming that while the internment and relocation of Japanese-Americans was unconstitutional, the internment of German-American children was just dandy. Among the three judges who struck down Jacobs” plea to have his ordeal acknowledged? Ruth Bader Ginsburg, of course.