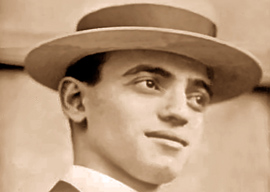 “Based Matt Forney” occupies the section of the alt-right Venn diagram where white nationalism, irreligious moralizing about sexual perversion, and Rooshian “men’s rights” overlap. If you believe that rants against Jews seem incomplete when not accompanied by tirades against “whores” and “queers,” then this is the corner of the ideological universe for you. Matt has always been very pleasant with me, and, in fact, I interviewed him for a previous column. Also, we”re Facebook friends, which allows me to take part in (or at least observe) the ongoing dialogue in the struggle to make America whiter, more wholesome, and way less faggy.

Last week Matt posted something that immediately caught my attention, because he dared to challenge the white nationalist community regarding the so-called “JQ” (Jewish question):

Blaming the Jews for white degeneracy is like blaming a robber for cleaning your house out when you left the front door unlocked and open. If you”d locked the door, you wouldn”t have had any problems. Sweden, Iceland and the other Nordic countries have a Jewish population that is close to zero, yet the “master race” managed to ruin themselves with poz, diversity and decay all on their own. Of course the Jews are profiting off your stupidity, white man. It’s what they do. It’s YOUR fault for being stupid. If you blame your problems on the Jews, you are a white [n-word].

Needless to say, Forney’s post was not well received by his fellow white nationalists. There were a few supportive comments (“The idea that Jews are responsible for white dysfunction is a way of implying that white people cannot resist bad influences”), but for the most part Forney’s friends and supporters clucked “cuck” while doubling down on the standard tropes: We must visit “retribution” upon the Jew, the Jew is the “poisoner” of nations, whites are helpless victims, and Jews are cunning devils who prey on them, etc., etc. One commenter even claimed that Homer Simpson is a tool of the “degenerate Jews” (d”oh!).

Let’s face it: To a great extent, white nationalists (specifically those who bitch about the “JQ”) are the right-wing version of social justice warriors. Jews are to WNs what whites are to SJWs. White nationalists, much like the blacks and assorted “other than whites” on the SJW left, believe themselves to be both mentally and morally superior. That they are not living in an ethno-utopia is because a group of “devious” elites is working tirelessly against them. These “elites,” with their tribal sense of identity and “wicked” intellect (they”re smart, but in a bad way), are to blame for all the ills that plague their community.

“Let’s face it: To a great extent, white nationalists are the right-wing version of social justice warriors. “

Now, both WNs and black SJWs have a point…up to a point. Antiblack racism exists among white Americans (of course it does), and Jews can indeed be tribal, clannish, and hostile to the Christian West’s culture and traditions. So yeah, there are blacks today who have a legitimate beef with whitey, and there are whiteys who have a legitimate beef with the Jews. That said, when we on the right hear blacks blaming whitey, we tell them to stop their damn whining. Suck it up, homey. You have options; you can rise above it. Stop blaming others, stop making a cottage industry out of screaming and complaining and crying, “Oh, I”m such a victim.” Take responsibility for your life and get your shit together. That’s our response, and it’s the proper one. But a lot of whites on the “alt” side of the right can give that very lecture to a BLM loser, only to turn around and wail about how “the Jews are victimizing me! Everything bad in my community is because “they”re” keeping us down!”

When you say that, you become every bit as bad as the worst kind of SJW. Every single “Jewish” thing that irks you, everything you see as destroying white countries and white people, is being pushed by whites, too. Banking, TV, movies, popular music, pornography, socialism, communism, etc. These things would continue even if tomorrow every Jew vanished from the face of the earth. If some black dude says, “Man, if not for them white devils, I”d be livin” in Africa, havin” a great life,” the average rightist will shoot back, “Well, to be fair, other blacks would probably have enslaved your ancestors anyway.” Again, the correct response.

You think banking, rock & roll, and jacking off to porn wouldn”t be with us without the Jews? You might as well pull up a chair at Angela Davis” chicken “n” ribs BBQ and toast her as she claims there”d be no slavery without whites, because she’s your soul mate, bubba. Many blacks go around endlessly obsessing that whitey is keeping them from getting work, from getting educated, from having healthy families, etc. The precolonial black was a brilliant, noble philanthropist, and all precolonial black societies were peaceful and progressive. Nutty, right? But no more so than the belief that Europe before the Jews was a heavenly land of peace, love, and understanding, in which no one ever exploited anyone, or stole from them, or jacked off to naked chicks, and if not for the Jews, whites would have remained uncorrupted, honorable, and pure. If that’s what you truly believe, you”re nothing more than a color-inverted version of a UC Berkeley black-studies professor.

One good example of the similarity between black SJWs and white nationalists is how they both try to pawn off the transatlantic slave trade on Jews. The “Jews did slavery” line allows blacks to conveniently forget that it was their own people who rounded them up and sold them into slavery, and it allows whites to cleanse their history of a nasty old stain. After all, how could such noble and honorable people be involved in such a foul business, and how could such big-brained people not foresee the possibility that one day slavery would end, saddling their descendants with millions of freed blacks? So of course it wasn”t the whites who were behind it; it was (((them))).

Yes, Sephardic Jews were indeed involved in the slave trade (in a minor way in colonial North America, and in a bigger way in Brazil, the British and French West Indies, and the Dutch colonies), but it was primarily as shippers, insurance writers, and brokers. They did not create or control supply and demand. The irony of pinning slavery on the Jews is that the majority of Jews involved were only in this hemisphere in the first place in order to seek freedom from mandatory conversion laws in Spain and Portugal, and to find safe haven after European expulsions (my old friend, the late David Mills, tackled this subject admirably in The Washington Post some years ago).

A lot of the white fear of “deceitful, manipulative Jews” comes from sheer pomposity and arrogance. Back when Europeans were really, really into witch-burning, occasionally it would happen that a proper gent, caught buggering a boy or rogering someone else’s wife, would blame a witch for “making” him act in such a distasteful manner. I”m sure the “she turned me into a newt” excuse was used many times by dudes who were quite aware of their guilt, and who merely wanted a convenient scapegoat. But I can”t help but think that a lot of men probably managed to convince themselves that “yes, of course, it had to be a witch. A man of my breeding would never do such sordid things of his own free will.”