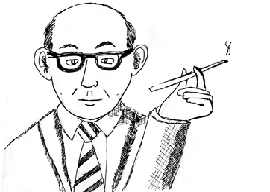 My first exposure to Straussian ideas was in college via a photocopy handout of passages from Allan Bloom’s The Closing of the American Mind. It was an eerie experience. The instructor seemed nervous, as if we were Soviet dissidents passing around samizdat literature. It was somewhat heartening at the time. I had wondered if there were any remaining liberal-arts practitioners who weren’t trying to prostitute the great authors to some unpleasant political cause. After reading Paul Gottfried’s latest book, Leo Strauss and the Conservative Movement in America, it seems my youthful optimism was misplaced.

Leo Strauss and his students occupy a peculiar place in American letters. The fact that they are vaguely “pro-American” in rhetoric makes them somewhat out of the ordinary. Their associations with neoconservative think tanks and policymakers and their subsequent demonization by leftists makes them unique. Their techniques and substance, however, are not unusual in modern academia, nor is it odd that their work is highly politicized.

“It is difficult to lose an intellectual battle in which you refuse to engage.”

Ironically, contemporary liberal critics of the Straussians use the idea of esotericism to condemn the Straussians as secret fascists. The totality of evidence for this idea seems to be a brief association between Leo Strauss and German legal theorist Carl Schmitt. The idea that a Jewish refugee from Nazi-era Germany tried to foster a new American fascist movement apparently never seems absurd to such critics. My esoteric reading of this idea: Modern leftists need to acquaint themselves with a thesaurus and work out their “fascist” issues by watching some B movies.

While the Straussians’ leftist critics portray this interpretive technique as something sinister, it isn’t any worse than reading other silly ideas into the classics—a skill at which leftists are comfortably adept. The “esoteric reading” technique is not unlike that used by leftist cretins who read feminist or Marxist ideas into Shakespeare. Straussians view great writers as being secret advocates for modern social democracy, which isn’t the same as viewing the great writers as sources of timeless wisdom. It is a form of relativism, albeit one slightly less distasteful than reading more unseemly modern political conceits into the classical canon. The Straussians’ “universalism” is the idea that modern multicultural social democracy (without some of the counterculture’s excesses) is a Panglossian “best of all possible worlds.” This idea reaches its apotheosis with Fukuyama’s untimely End of History thesis.

The Straussians are firmly opposed to “historicism,” which in its rudest form is the idea that thoughts should be contextualized within the era that they were conceived. The Straussians denounce the entire idea of historical context as “nihilistic.” The idea is that since many harmful thinkers have employed “historicism,” one must avoid it for fear of coming to similarly ignominious conclusions. Confronting texts on their merits has some appeal, but when combined with Straussian esotericist interpretations, it seems the sheerest folly. It is useful to note that Plato was an Athenian aristocrat and Churchill an Englishman of his time, just as it is useful for Professor Gottfried to note that Leo Strauss was a German Jewish refugee of Nazism with views that such an experience may have colored.