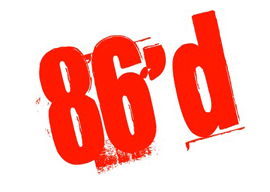 My days as a political analyst at MSNBC have come to an end.

After 10 enjoyable years, I am departing, after an incessant clamor from the left that to permit me continued access to the microphones of MSNBC would be an outrage against decency, and dangerous.

The calls for my firing began almost immediately with the Oct. 18 publication of Suicide of a Superpower: Will America Survive to 2025?

A group called Color of Change, whose mission statement says that it “exists to strengthen Black America’s political voice,” claimed that my book espouses a “white supremacist ideology.” Color of Change took particular umbrage at the title of Chapter 4, “The End of White America.”

Media Matters parroted the party line: He has blasphemed!

A Human Rights Campaign that bills itself as America’s leading voice for lesbians, bisexuals, gays and transgendered people said that Buchanan’s “extremist ideas are incredibly harmful to millions of LBGT people around the world.”

“Without a hearing, they smear and stigmatize as racist, homophobic or anti-Semitic any who contradict what George Orwell once called their “smelly little orthodoxies.”“

Their rage was triggered by a remark to NPR’s Diane Rehm—that I believe homosexual acts to be “unnatural and immoral.”

On Nov. 2, Abe Foxman of the Anti-Defamation League, who has sought to have me censored for 22 years, piled on.

“Buchanan has shown himself, time and again, to be a racist and an anti-Semite,” said Foxman. Buchanan “bemoans the destruction of white Christian America” and says America’s shrinking Jewish population is due to the “collective decision of Jews themselves.”

And what else explains the shrinkage of the U.S. Jewish population by 6 percent in the 1990s and its projected decline by another 50 percent by 2050, if not the “collective decision of Jews themselves”?

Let error be tolerated, said Thomas Jefferson, “so long as reason is left free to combat it.” What Foxman and ADL are about in demanding that my voice be silenced is, in the Jeffersonian sense, intrinsically un-American.

Consider what it is these people are saying.

They are saying that a respected publisher, St. Martin’s, colluded with me to produce a racist, homophobic, anti-Semitic book, and CNN, Fox News, C-SPAN, Fox Business News and the 150 radio shows on which I appeared failed to detect its evil and helped to promote a moral atrocity.

If my book is racist and anti-Semitic, how did Sean Hannity, Erin Burnett, Judge Andrew Napolitano, Megyn Kelly, Lou Dobbs and Ralph Nader miss that? How did Charles Payne, African-American host on Fox radio, who has interviewed me three times, fail to detect its racism?