The Odiferous Musk of Billionaires 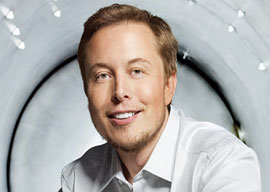 I hate billionaires. I loathe, disdain, and want to throw them in a wood chipper; take your pick, I can”t stand to be in a room with them.

Millionaires are a different story. Their wealth is either inherited and has been (properly) half-squandered, or they are self-made men who actually make something, or they are lottery winners.

Inherited wealth, while obviously a windfall, usually offers gradual acclimation. The small-time manufacturer or franchisee likewise generally doesn”t have Maserati dreams materialize overnight. As for lottery winners, typically they were in dire straits before (hence, they play the lottery) and thus usually keep their heads while remembering their days in sanitation.

But billionaires are a breed apart, akin to the overnight celebrity. They “invent” something (usually service-related rather than real) that happens to catch on. Not that this would be such a bad thing. The problems arise when supposed geniuses who have much more in common with the latest sweepstakes winner than Albert Schweitzer start believing their own hype, which is almost immediately.

“Billionaires are a breed apart, akin to the overnight celebrity.”

One of the first was Mark Cuban, who made his money allegedly from insight but even more allegedly from insider trading. He began with a website called Broadcast.com that was bought out by Yahoo! just before the tech bubble burst. Not content escaping bankruptcy or prosecution, he purchased the Dallas Mavericks and made sure everyone knew he did so in cash, which is always a classy move.

He currently is an “investor” for a television program. No, not a producer; Cuban plays the part of an investor on Shark Tank, which is basically a vehicle to humiliate people by ridiculing their pipe dreams. Given that his success largely rests on a novelty gadget that benefited from good timing, Cuban appears not to grasp the irony.

Whether one buys the story that Mark Zuckerberg created Facebook rather than swindling a good thing out of others who did it first, what we can all recognize is the size of his ego. Business attire may be changing, but pajamas shouldn’t be acceptable in any business outside a pornography studio.

Zuckerberg soon went on Oprah (a sure sign of suffocating levels of egomania) to announce he would donate millions to inner-city youth. This is wonderful because Lord knows there are no white or Asian children instructed anywhere but finishing schools complete with personal edu-attendants.

Now comes the Hyper-whatever and the hysteria surrounding it.

Elon Musk is not the name of the cheapest cologne you have ever received as a gift. Mr. Musk is the “inventor” of PayPal. I use scare quotes because the concept of transferring money electronically is hardly an invention. At best this was an innovation, though even that is an incredibly generous characterization. His website was the one out of any hundred similar concepts which happened to become the industry standard. While this made Musk a near-instant billionaire, it was hardly revolutionary.

Equally unimpressive was his other main project, Tesla Motors, which sells overpriced electric cars. He takes credit for this scheme though many people question whether the privilege should belong to the man in the company’s name. Moreover, if Musk wants to be truly visionary he needs to build a viable electric car as affordable as was the Model T to its generation. Until then Musk isn’t an also-ran, he’s a run-over.