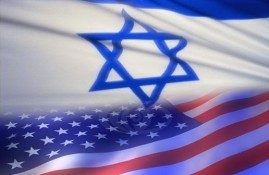 The Alternative Right website has posted an interesting symposium on the topic: Is the traditional Right anti-Jewish?

Taki starts it off with a fiery rant against the vindictiveness of neoconservatives like Podhoretz and Kristol, presumably the senior ones. They have, Taki says, called him a fascist (a thing they surely would not have done if they had read Taki’s memoir Nothing to Declare

, with its heartfelt tributes to heroes of the WW2 Greek anti-Nazi resistance—people like Taki’s own father).

Srdja Trifkovic then takes a constructive line, arguing that while there is historical justification for anti-Jewish feeling on the Old Right, if we and the Jews do not hang together, we shall hang separately. There is some overlap here with my TakiMag piece of June 17.

Paul Gottfried then added his own perspective as a lifetime student

of American conservatism and also as, whatever Gertrude Himmelfarb may have thought, a Jew.

In a follow-up piece, Richard Spencer modifies Trifkovic’s argument by pointing out that as American multiculturalism lurches out of control, things could get very Bad For The Jews. Israeli hardliners, if not liberal American Jews, might look with horror on the prospect of our colossal nuclear arsenal being in the hands of powerful political coalitions who regard Jews “as a particularly annoying version of Whitey.”

Spencer has, I think, grasped a key point: “World Jewry isn”t as monolithic as some anti-Semites and philo-Semites like to imagine; and indeed, the factions within it can be extremely mutually hostile.”

That’s right. In the postings so far, there have been four different groups of Jews under discussion.

* Assimilated pre-Hitler Central-European Jews with ancestral roots in Germany and the Hapsburg Empire. This is the subgroup Paul Gottfried grew up amongst and most easily identifies with. (It is also the one from whom I took my own first formative impression of Jewry.)

* Twentieth-century American Jews, mainly drawn from the Ostjuden of the Russian Empire. Having been driven from their homes by the Tsar’s Cossacks, they were inclined to a favorable view of the regime that shot the Tsar; and those to whom the tribal, commercial, and religious life of the shtetl was a bitter memory turned in reaction to universalist humanism, socialism, and agnosticism.

“That there is anti-Jewish feeling on the Old Right is therefore not surprising. That the Old Right can afford to continue indulging it, I do not believe.”

* The Jewish intellectuals who joined with disillusioned Gentile liberals in the late 1970s to support Ronald Reagan—the highbrow component of the “Reagan Democrats.” Great verbal agility was needed to reconcile any kind of conservatism with an elaborate welfare state and huge military budgets. Because practically all American Jews had been liberal up to this point, even a trickle of defectors was numerically important; and because Jews are the world-historical champions of verbal agility, they were soon dominant in the neoconservative movement.

* Israelis. The first and second generations of Israeli Jews suffered from a local variant of what Emerson called “dual consciousness,” holding two contradictory notions of themselves in their heads. One was that universalist-socialist-agnostic theme—“We’re just like other peoples. Why shouldn’t we have a country, as other peoples have?” The other was the awareness that if Israel was to survive, it had to be kept majority-Jewish. The contradiction was resolved at last by the events of the 2000s, beginning with the second Intifada. The accommodationist, multiculturalist Israeli is now well-nigh extinct.

(A fifth important subgroup of Jews may be on the horizon: the Israeli ultra-Orthodox Haredim. Thanks to sensational fertility rates, the Haredim, a mere trace element in Israel’s population at the founding, are now a force in the land. How that force will apply itself to politics is an interesting question. Possibly their obsessive religiosity will keep them politically inconsequential; but there are counterexamples to that.)

In answering the original question—Is the traditional right anti-Jewish?—we need to take into account some of these distinctions. The plain answer to the question as stated is “Yes.” The negativity is, though, mainly directed at Jews of Ostjuden origins. Nobody ever seems to have much minded the German, Austrian, and Sephardic Jews of the previous intake.

The traditional Right is foreign-policy minimalist. They believe that Jewish lobbying has deformed U.S. policy in the direction of unnecessary commitments and undesirable foreign entanglements. I personally think this is over-rationalizing of that secondary effect. As Richard Spencer points out obliquely in his post, good old American messianic world-saving impulses, pumped up by post-Cold-War triumphalism, are quite sufficient to account for the recent military idiocies. Neocon Jews were just along for the ride—though to be sure, quite happily. And the liberal majority of American Jews of course were not along and not happy.

How did the Ostjuden manage to raise so many hackles on the American Right? It’s not hard to figure. Americans of Ostjuden origins were prominent in every kind of Left politics all through the 20th century. Until the neocon defections of the 1970s there were almost no Jews on the American Right. That’s a hard thing for traditional conservatives to forget.

Then when Jews moved to the conservative camp in numbers, they set about re-arranging all the furniture and practicing some of the obnoxious group traits that Kevin MacDonald

has described, and that Taki and Paul Gottfried grouse about in the symposium—authoritarian patriarch-cults, enforced conformity by shaming & exclusion, etc. Naturally this ticked off a lot of people—people who’d been on the Right when being on the Right wasn’t cool.

(I assume that the shaming-exclusion business is what Taki is referring to with the word apostomasis. I cannot find this word in either Webster’s Third or the (full) OED. Nor does the Greek spelling occur in Liddell and Scott’s Greek-English Lexicon. A Google search yields just three occurrences, all of them by our revered proprietor. The word apostemasis shows up in MoliÃ¨re’s play Le Malade imaginaire, but that is from apostema, an abscess, not apostasies, a defection . . . Sorry; normal service will now resume.]

That there is anti-Jewish feeling on the Old Right is therefore not surprising. That the Old Right can afford to continue indulging it, I do not believe. If Western civilization is to survive through this century, its various components need to sink their differences. The U.S.A., in both its domestic and foreign policy, needs the Old Right’s restraint, skepticism, pessimism, and hostility to ethno-masochism. Our civilization at large needs the energy, intellectual brilliance, and commercial acumen of the Jews. Is it really not possible for these two needs to coexist?