The Original Sin of Our Times 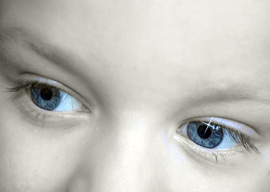 We are told”actually, we have it drilled into our skulls with nonstop ideological jackhammers and Shame Tasers almost from birth”that no one is “born racist,” whatever the hell that stupid scare word means.

In their 1949 musical South Pacific, Rodgers and Hammerstein (insert triple parentheses for both composers if that’s your bag) wrote a song called “You”ve Got To Be Carefully Taught,” which teaches that we are born with a blank-slate love of all races and must endure sinister racial propaganda in order to wind up preferring our racial kin over other races:

Whenever I hear this sentiment expressed, what leaps out of my mind like an unleashed pack of rabid wolves is, “If that’s the case, why does most of modern media and academia consist of relentless and overbearing messages that people should NOT be racist?” Such obsessiveness bespeaks a deep insecurity”namely, that people might revert to their natural tribal instincts.

“It’s time to begin aggressively pushing the perfectly rational notion that humans possess a tribal instinct that is every bit as natural and strong as the sex drive.”

If they sincerely thought you had to be taught to be racist rather than NOT to be racist, all this anti-racist propaganda would be unnecessary. Therefore, they continue carefully and fanatically shaming people into not being “racist” with nonstop propaganda that might be comical if it weren”t so wrongheaded and potentially dangerous. Their actions betray their words”it appears that somewhere deep down, they”re afraid that if they don”t keep demonizing “racism,” everyone will settle into their Edenic state and be natural-born racists once more.

The idea that we live in a “racist society” is as transparently idiotic and counterfactual as the dimwitted notion that we live in a “rape culture””if you pay even the slightest bit of honest attention, you”d realize that ALL of the messages disseminated throughout modern culture are firmly anti-racist and anti-rape.

Two recent studies by Chinese researchers at the University of Toronto will be deemed “problematic” and “unacceptable” for the “You”ve got to be carefully taught” crowd, since they reveal that infants as young as six months “demonstrate racial bias in favour of members of their own race and racial bias against those of other races.”

In the first study, “Older but not younger infants associate own-race faces with happy music and other-race faces with sad music,” researchers found that starting at six months of age”which most sane people will admit is far too young to have been ideologically indoctrinated by “racist” propaganda and thus must be somewhat biologically innate”infants will stare longer at faces of their own race while happy music is playing, while they”ll stare longer at pictures of other races while sad music is playing.

In the second study, “Infants rely more on gaze cues from own-race than other-race adults for learning under uncertainty,” researchers showed infants footage of an adult from his or her own race staring at one of the four corners of the TV screen. In some instances, an image of an animal would appear where they”d stared; in other instances, nothing appeared, meaning that the adult sometimes would pass on “unreliable” information. Across the board,

While an objective researcher may have been tempted to conclude from these findings that perhaps infants are naturally tribal and may exhibit an evolutionarily acquired preference for people who are genetically similar to them, the researchers enthused instead that this presented a new opportunity to brainwash kids into not being “racist” while they”re still shitting their diapers and crawling on the floor. As Dr. Naiqi Xiao puts it,

If we can pinpoint the starting point of racial bias, which we may have done here, we can start to find ways to prevent racial biases from happening.

Implicit racial biases tend to be subconscious, pernicious, and insidious. It permeates almost all of our social interactions, from health care to commerce, employment, politics, and dating. Because of that, it’s very important to study where these kinds of biases come from and use that information to try and prevent racial biases from developing.

Clearly, pausing to reconsider all their notions about “racism” and “equality””none of which were acquired during infancy”was not an option for these researchers, who probably realized all their funding would be cut off if they were to conclude that “racism” is perfectly natural.