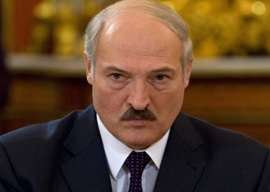 While the Western media is filled with news of the European Union’s woes, they are strangely silent about another EU—the Eurasian Union, which bridges Eastern Europe and the formidable Central Asian and Asian tiger economies. The harsh fact is that thanks to years of political ineptitude, the European Union has nothing left to offer the world. It is an also-ran. Because of political stupidity, Europe as a union will evaporate just as the British and Soviet empires did.

There was a time when emerging economies and nations depended on Western manufacturing. This bought complacency. While governments slept, Europe was undermined as a world manufacturing hub and became dependent upon the Asian economies.

This month saw ink drying on formidable economic integration that will ring the death bell over the wobbly European Union and its faltering banker-run economies.

The document was signed by the leaders of the Russian Federation, Belarus, and Kazakhstan. Only the ignorant will be less than impressed.

“Think of it as a new European Union with Russia in the driver’s seat, picking up new passengers as it happily motors along.”

Belarus is a third the size of France and further extends Russia’s borders from Latvia through much of Poland. Whether the West likes it or not, its no-nonsense leader Alexander Lukashenko is popular. He tried courting the European Union and was snubbed. His country, rich in chemical and petroleum products, acts as a jugular vein for much of Europe’s energy needs. This is the price we pay for an appalling lack of Western statesmanship.

The other Eurasian Union signatory is Kazakhstan. You think of it as an insignificant tribal nation in the back of beyond? Think again—it is two-thirds the land area of Western Europe and rich in natural resources. Both its population and its economy are expanding. Its GDP has grown almost tenfold since the year 2000. It boasts hundreds of private radio and television stations.

It doesn’t stop there. The Eurasian Union is part of an integration process leading to the Common Economic Space. Russian President Dmitry Medvedev likens it to a train. Think of it as a new European Union with Russia in the driver’s seat, picking up new passengers as it happily motors along.

Western Europe’s clout on world affairs is fading. My sad analysis is that the EU’s economy will soon implode like that of the old Soviet Bloc. Its people’s poverty and austerity will resemble that of communist Romania or Albania.

The EU may split. If it does, the former Soviet satellite nations from the Baltic states to the Ukraine may find their political independence and prosperity more secure under the Eurasian Union. Russia’s president says they are welcome to apply.