The Outing of Deep Throat 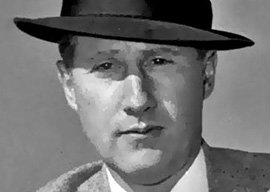 As the 40th anniversary of Watergate impends, we are to be bathed again in the great myth and morality play about the finest hour in all of American journalism.

That two heroic young reporters at The Washington Post, guided by a secret source, a man of conscience they dubbed “Deep Throat,” cracked the case and broke the scandal wide open, where the FBI, U.S. prosecutors and more experienced journalists floundered and failed.

Through their tireless investigative reporting, they compelled the agencies of government to treat Watergate as the unprecedented constitutional crisis it was. No Pulitzer Prize was ever more deserved than the one awarded the Post in 1973.

These young journalists saved our republic!

However, the myth, fabricated in All the President’s Men and affirmed by the 1976 film of the same name, with Robert Redford as Bob Woodward and Dustin Hoffman as Carl Bernstein, has a Hellfire missile coming its way.

Leak: Why Mark Felt Became Deep Throat is an exhaustive study of the reporting of Woodward and Bernstein and the leaking by the FBI’s Mark Felt, whose identify as Deep Throat was revealed in 2005.

Leak author Max Holland zeroes in on the last great unanswered question of Watergate: Why did Felt, an FBI No. 2 on the short list to succeed J. Edgar Hoover, risk reputation and career to leak secrets to the Post?

“Woodward and Bernstein were glorified stenographers.”

Woodward and Bernstein paint Deep Throat, writes Holland, as a “selfless high-ranking official intent on exposing the lawlessness of the Nixon White House.” But this is self-serving nonsense.

The truth was right in front of Woodward. His refusal to see it made him a willing or witless collaborator in the ruin of the reputation and career of an honorable pubic servant, Patrick Gray.

Felt was consumed by anger and ambition. When Hoover died, a month before the break-in, Felt, who had toadied to Hoover, saw himself as Hoover’s successor. But President Nixon went outside the bureau to name Gray from the Department of Justice acting director.

Concealing his rage and resentment, Felt wormed himself into Gray’s confidence, and then set out to destroy Gray.

Felt’s method: Leak discoveries of the Watergate investigation to a cub reporter at the Post, which everybody in Washington read, rather than to veteran journalists known to be FBI outlets.

This would cover Felt’s tracks.

Published in the Post, the leaks of what the FBI was uncovering would enrage Nixon and make Gray appear an incompetent unable to conduct a professional investigation. This would make it unlikely that Nixon would ever send Gray’s name to the Senate for confirmation as permanent director.