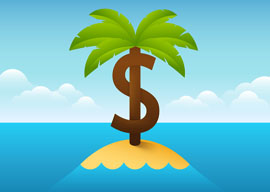 When the news broke that more than 11 million documents had, in effect, been stolen from the Panamanian law firm Mossack Fonseca, my first reaction was one of awe. Eleven million! My personal library contains about 20,000 volumes; at 300 pages each (on average), that would make a mere 6 million pages. Whatever its other deadly sins, the firm of Mossack Fonseca cannot be accused of sloth.

Some of the revelations seemed to me to be distinctly less than revelatory, for example that the presidents of former Soviet republics had dealings offshore. If documents had proved that those presidents did not have dealings offshore”that would have been a revelation. But, of course, a negative is difficult to prove.

All the reports hastened to state that offshore dealings are not in themselves illegal and that there may be legitimate reasons for them. To purloin documents about perfectly legal dealings must surely be a crime; whether it is justified by the exposure of wrongdoing I leave to moral philosophers to decide. Do the ends justify the means? To this question most of us would reply, “It depends.”

“If the rich could be deprived of their wealth, even if no one else benefited thereby, I think many people would want it.”

But what are the ends in this case? They are, ostensibly, to ensure that the very rich pay their share of taxes, which they avoid by covert means of a complexity that most of us do not understand. We who pay our taxes because we cannot avoid them vibrate pleasantly with outrage and righteous indignation at the machinations of the rich.

Do we pay our taxes because we are morally committed to doing so or because there is no alternative for us? There may be some among us who feel the obligation to pay as a moral duty, but I think the preponderance of history shows that most people regard taxation as an inevitable evil, in the same category (as Benjamin Franklin pointed out) as death. Given the choice between paying or not paying sales or value-added tax, how many of us would choose to pay it of his own free will?

I happened to be in Australia (at the invitation of the excellent Centre for Independent Studies in Sydney) when the Panamanian scandal became news worldwide. The Australian government at the time was considering a slight reduction in some taxes. Fifty prominent Australians signed an open letter asking it not to reduce taxes; and it seems that this letter reflected a considerable, if not universal, current of public opinion.

Though most, if not all, of the signatories derived their income from government expenditure, it cannot be said that they themselves paid no tax (50 percent of income tax in Australia is paid by 10 percent of the people, including, I should imagine, most of the signatories). Tax masochism, at least when confined to the realm of opinion, is a feature of modern intellectual life.

In actual practice, however, most people do whatever little they can to reduce their tax bill, for example by claiming such exemptions as are allowed. In other words, they do whatever they can, which may not be very much, to shift the tax burden onto the shoulders of others.

Practically all governments are permitted to receive gifts from their citizenry, but very few, I should imagine, do receive such gifts. It is true that public institutions receive gifts and legacies, and indeed I intend to leave the bulk of my estate to one such; but the gifts are for a specific worthwhile purpose and very few people give or leave money voluntarily to the government for it to decide how to distribute it (in the process, hanging on to a portion of it). In fact, I know of only one case of anyone behaving in this fashion: the poet and classicist A.E. Houseman, who once sent a check to the British treasury to help it out in difficult times. But this was the best part of a century ago, and Houseman was an odd man.

I think it vanishingly unlikely that the fifty prominent Australians would have acted, or will ever act, like A. E. Houseman. Like the vast majority of modern humanity, they want there to be taxes but not to pay them themselves. One can hardly blame people for their resemblance to the vast majority of humanity, unless one wants to condemn the whole of humanity for its bad character; but that does not justify the warm glow of self-satisfaction that I suspect the signatories felt as they put their names to the letter.